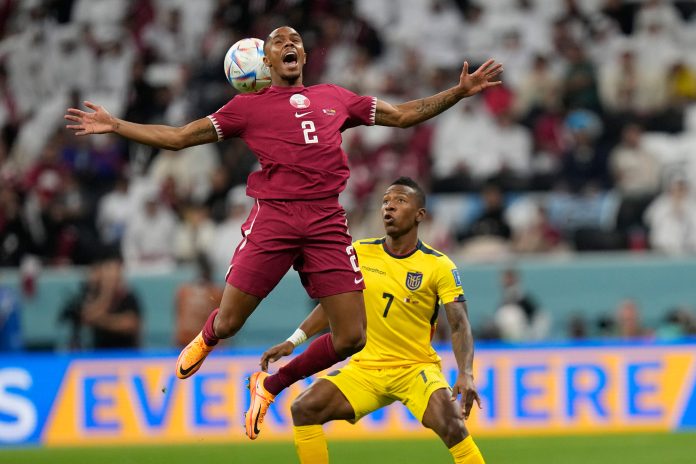 The 2022 FIFA World Cup ended with Argentina beating France in the final in Qatar. It was the moment Lionel Messi had been waiting for throughout his career, as he finally got his hands on the most prestigious team trophy in the sport.

Argentina were on the ropes in the tournament from their opening game of the competition. They were stunned by Saudi Arabia in their Group C opener, going down 2-1 in that contest. But since then, they responded in the best possible way, with victories coming against Mexico, Poland, Australia, the Netherlands and Croatia, before the final against France.

Many football fans and pundits alike have described the final between Argentina and France as the best in history. The game was full of swings, and it eventually had to be settled on penalties, with the South American country holding their nerve.

Argentina looked to be cruising to a comfortable success when they led 2-0 with 10 minutes to go, thanks to goals from Messi (penalty) and Angel Di Maria. However, Kylian Mbappe then scored two goals in two minutes to level the contest and force an extra half hour.

In extra time, Argentina took the lead again through Messi, only for that goal to be cancelled out by another successful penalty from Mbappe, a goal which helped him become only the second player in history to score a World Cup final hat-trick.

Kingsley Coman and Aurelien Tchouameni both missed their penalties in the shoot-out, which then set up the moment for Gonzalo Montiel to win the trophy for his country. The Sevilla full-back made no mistake, beating French goalkeeper Hugo Lloris.

Messi, who scored seven goals at the 2022 World Cup, was named the Golden Ball winner, the prize handed to the most outstanding player at the tournament. It was the second time the Argentine had been given the award, as he also won it in 2014.

Defeat in the final will hurt Mbappe and the rest of the French players for a long time to come, however, the PSG forward will be proud that he came away from Qatar with the Golden Boot. He scored eight goals in the tournament.

Many former greats of the game have predicted great things from Mbappe for some time and the French forward showed at this World Cup that he is now the player France can rely upon to deliver. His second goal of the three in the final was an outstanding strike, and he held his nerve for all three penalties (including in the shoot-out).

Although the World Cup in 2018 ended with France lifting the trophy, this tournament was arguably the one where Mbappe proved he is one of the leading players in the world, if not the best right now.

France came very close to becoming the first country to defend the World Cup since Brazil in 1962. They will now be planning to regain their crown at the next tournament in the United States, Canada and Mexico. As of the 21st of December, they are 8.00 second favourites in the online betting for the 2026 tournament. With Mbappe having even more experience then, they will be seen as strong contenders again.

Morocco One of Surprise Packages at Tournament

One of the biggest surprises at the 2022 World Cup was the progression of Morocco through to the semi-finals. They became the first African country to reach the last four of the tournament. Make a bet in the casino app – https://pokermatch.app/app/.

Morocco, who are 22nd in the world rankings, finished top of their group, which included Belgium, Canada and Croatia. They then upset the odds against Spain and Portugal. The North African country needed penalties to see off Spain following a stalemate after 120 minutes, while against Portugal, a goal from Youssef En-Nesyri in the first half was enough to separate the two sides.

Walid Regragui’s team had to settle for fourth place in the tournament in the end as they were beaten 2-1 by Croatia in the third-place play-off. Croatia, who reached the final in 2018, just proved too strong for them in that game.

The results picked up by Morocco were also an example of what can be achieved in international football when a team is organized and have a game plan. Achraf Hakimi and Hakim Ziyech were the two biggest names for their country, but their teammates in the squad did their reputations no harm either.

Now the dust has settled, there were lots of great memories from the 2022 World Cup and football fans will be counting down the days until the next one in 2026.