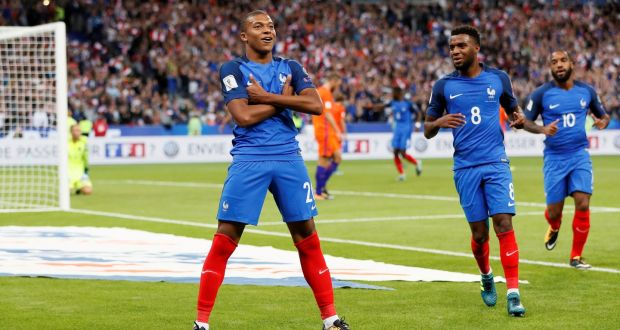 Former Brazil star Kaka has spoken about Kylian about how he goes on impressing at the largest stage for Football even at 19. He goes on to say fans of the global game are “blessed” to see the France teenager at the World Cup.

Mbappe has been a strike force to reckon this World Cup. He scored 3 goals in the 6 games he has played and has gone on to create quite an amount of chances for his team. Kaka who is considered a Legend among his fans appeared 92 times for Brazil.

“I think the best thing we can say about him is his speed, and how quickly he can run,” Kaka, speaking courtesy of Adidas, told Omnisport.
“Of course he’s not just running because he has very good control when he is running.”