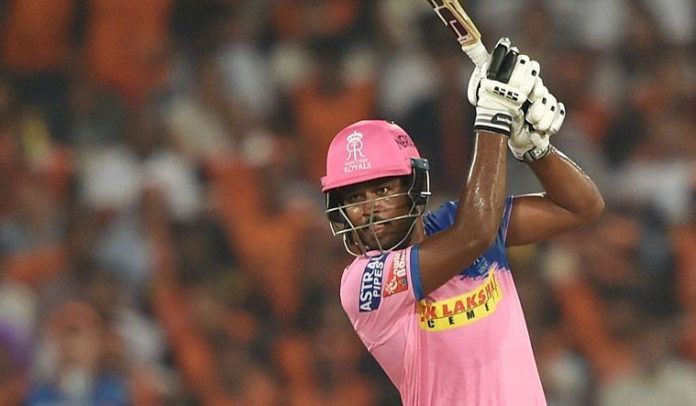 It wasn’t a classic by any stretch of the imagination, but Rajasthan Royals beat Chennai Super Kings in a high scoring clash that threatened to break a few records. The two teams scored a combined 416 runs in 20 overs on a Sharjah track that was touted to be batting friendly and it delivered.

Rather, the scoreline suggests it was a close affair but that CSK were able to touch 200-run mark was thanks to some last over blitz from MS Dhoni who overcame a scratchy start to remain unbeaten on 29 off 17. Let’s discuss the talking points from an entertaining encounter at Sharjah.

Overstepping the bowling crease would haunt Lungi Ngidi, who gave away 30 runs in the 20th over of the Royals’ innings. The pacer bowled two no-balls, both of which went for sixes off Jofra Archer’s bat. The over proved to be decisive in the context of the game at the Sharjah Cricket Stadium. In the end, it was clear that Archer’s final over assault was the big difference between the two teams as CSK finished on 200 for six to lose by 16 runs.

In absence of the experienced off-spinner Harbhajan Singh, much is expected from Ravindra Jadeja and leggie Piyush Chawla. Sanju Samson had other plans, as he kept swinging through the line and went on a boundary-hitting spree. He took the spinners for 49 off a mere 18 balls.

In contrast, Royals’ spinners Rahul Tewatia and Shreyas Gopal were tidy the ball and kept plugging away with probing lines. Tewatia took 3 for 37 in his four overs while Archer bowled a brilliant 19th over to seal the match for the impressive Royals.

For me, you are the Man of the Match: Super Samson tells
Tewatia.

One was splendid with the bat and the other with the ball. In conversation with @IamSanjuSamson & @rahultewatia02

Sanju Samson on Tuesday blasted 74 off 32 as Rajasthan Royals began their campaign on a winning note. Samson, who walked in at No. 3 after the early dismissal of opener Yashasvi Jaiswal, was in imperious touch as he struck a four and nine sixes during his assault. He got going within the Power Play against the pacers, hitting Sam Curran and Deepak Chahar for a six each. But it was the spinners he was really waiting for.

Two consecutive sixes off Ravindra Jadeja in the seventh over showed what was to come.
Samson scored a quickfire half-century in just 19 balls, which is a joint record for the fastest 50 against Chennai Super Kings in the Indian Premier League. The batsman managed to score 74 runs off 32 balls before he was dismissed by Lungi Ngidi, courtesy a catch by Deepak Chahar.

Captain Steve Smith showed no signs of the concussion he had suffered a week ago in England with a fluent 69 off 47. Jofra Archer too, joined the party with a late blitz (27 not out off 8) to propel the Royals to a gigantic total.

The Super Kings were chasing a stiff target of 217 on a Sharjah track that was more favourable to batting than the ones in Abu Dhabi and Dubai were. After a decent start by Vijay and Watson, Faf Du Plessis started slow, scoring only 17 runs off his first 18 balls. And then he went bang bang, slamming everyone out of the park. His 50 came off just 29 balls as he slammed Jaydev Unadkat for three sixes in an over. He single-handedly kept CSK with a glimmer of hope, even as Dhoni took his time at the other end. Batting at No. 7, Dhoni scored only 9 runs off his first 12 balls.

By then, the equation was already impossible: 38 off 6. He showed that his hitting ability is still intact in the last over, slamming Tom Curran for three big sixes in a row. Too little, too late. Perhaps he did what he wanted: ensure the net-run rate was not severely damaged. At the post-match presentation, Dhoni said that he hasn’t had enough game-time to bat up the order.

But the fact that till the penultimate over, the former Indian captain hardly played an attacking shot made everyone wonder about the intention to go for the stiff chase. This attitude did not go down well with the fans as they were expecting, like Smith, as the captain Dhoni would promote himself up the order and take the bulls by its horns, but that was not to be the case.

Watch: Lungi Ngidi concedes 30 runs off the final over to propel RR to 216-7