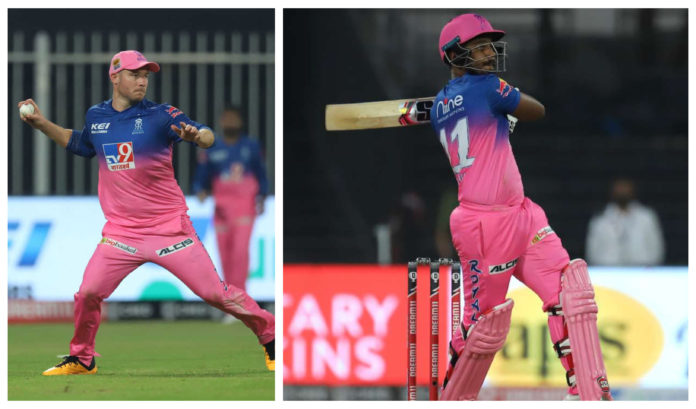 The iconic venue of Sharjah hosted its first match of IPL 2020 with Chennai Super Kings facing Rajasthan Royals. The Royals emerged victorious over CSK after winning the contest by 16 runs.

MS Dhoni won the toss and elected to field first. In-form Ambati Rayudu was deemed unfit for the clash and hence Ruturaj Gaikwad was given a chance in the first team. Meanwhile, Steve Smith handed youngster Yahshasvi Jaiswal a debut along with David Miller, Tom Curran and Robin Uthappa.

Jaiswal was the first to depart with Chahar’s experience trumping the youngster’s eagerness. Sanju Samson proceeded to illuminate Sharjah with a gorgeous display of clean hitting. The small boundaries and the dew made it difficult for the bowlers to bowl, something which Samson was able to take full advantage of. 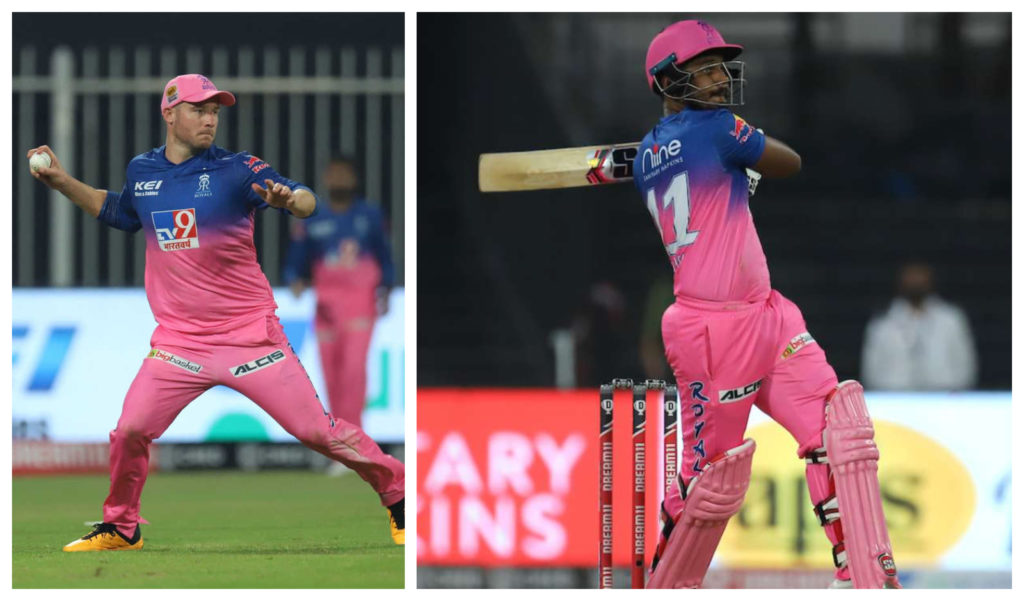 The pair punished especially the spinners with Piyush Chawla’s first over going for 28 runs. CSK put the brakes on the run-scoring spree following the wicket of Samson, who made a fluent 74 off just 32 deliveries.

CSK were able to pull things through after getting a breakthrough by snapping wickets on regular intervals. The well set Steve Smith was dismissed for 69 by Sam Curran who lodged in another good outing with the ball.

While it looked like the Royals would inch near the 200-run mark, a catastrophic final over by Lungi Ngidi turned things around. The South African bowler conceded 30 off the last over riddled with extras. Archer’s mighty swing propelled Royals to a formidable total of 216-7.

The target proved too steep to chase for the Super Kings

The run chase began on a timid note as Archer kept things tight at the top. Shane Watson was the first to break the shackles with a flurry of boundaries but met his end after getting bowled to Rahul Tewatia.

Murali Vijay was also dismissed soon following a struggling time at the pitch for his run-a-ball 21. Sam Curran was promoted up the order to negotiate the leg-spin bowling spell by Shreyas Gopal and Rahul Tewatia.

While the all-rounder began on a bright note with a flurry of boundaries, his stay was short lived after getting outfoxed by the leg-spinner. Debutant Ruturaj Gaikwad endured a horrid debut with a first ball duck.

Faf du Plessis played a lone knock of 72 off 37 deliveries bringing the three-time winners close to the target. MS Dhoni’s assault was a tad too late as his hattrick of sixes in the final over could only help CSK get to the 200-run mark.