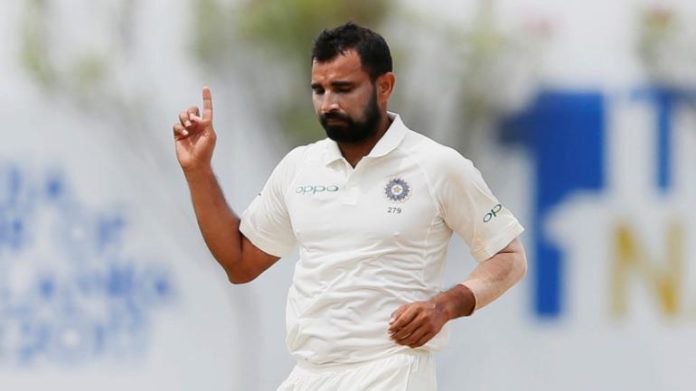 Indian pacer Mohammed Shami has revealed that him and rest of the pace attack are preparing for the tour of Australia by watching videos to perfect the line and lengths. 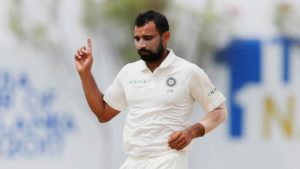 Shami, who was part of the Test and ODI squads in their recently concluded series against West Indies, was back home and visited the Eden Gardens on the sidelines of Bengal’s Ranji Trophy match against Madhya Pradesh. He said that the team was looking to continue and better the good display they portrayed in England this July.

“As a fast bowling unit, we did well in England. We are preparing for the Australia series and watching a lot of videos. The plan is to focus on the series as much as possible as the opponents are very strong. We will work on getting the line and length right. We will always try to do our best. Winning or losing also depends on luck. We will give our 100 per cent,” Shami said.

According to recent reports it is being speculated that the duo of David Warner and Steve Smith could be reconsidered for the tour of India. But Shami doesn’t seem to be backing off and is looking forward to any challenge being posted in front of him.

“If those two don’t play, they will obviously be weakened. But in the end, you have to stick to your plan and work on your strengths,” Shami added.

On asked if he was looking forward to the world cup to be conducted next year, Shami said that it was still too far and his current focus is only on the upcoming series.

“It depends on who is fit and who is not during that time. My performance will be evaluated and and I will expect to get a chance if I do well. If I don’t, I have to accept that too. That’s too far away. We always think about the next series and that is more important for us.”

India’s tour of Australia will kick start on 21st November with the 3 match T20 series. The test series is scheduled to begin from December 6th with the first test being played at Adelaide.