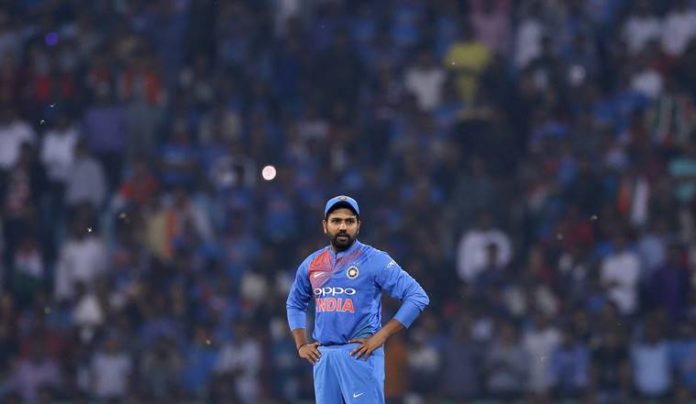 Team India eased to a 3-0 whitewash in the T20 series vs Windies yesterday. Despite this outstanding performance from the home side,the team’s captain, Rohit Sharma, felt that they badly missed the services of their wicket keeper, MS Dhoni. 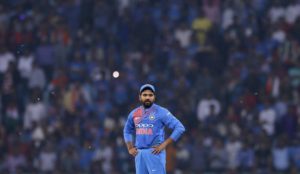 While Virat Kohli, who played the bulk of the matches for India was rested, the team’s wicket keeper and finisher, MS Dhoni, was shockingly left out from the side.

Following his omission from the squad, several players including the likes of Sachin Tendulkar and Virat Kohli voiced their opinion in favour of the world cup winning captain and on Sunday it was Rohit’s turn to have his say.

“MS (Dhoni) was not part of the Nidahas Trophy in Sri Lanka also. MS not being in any team is a big miss. His presence in the team itself is a huge boost for a lot of the players, not just me, especially the younger players,” said Rohit Sharma.

While the chief selector, MSK Prasad stated that it was not the end for Dhoni, his chances of returning back to the T20 squad look bleak after Dinesh Karthik and Rishabh Pant played really well vs the Windies.

In his T20I career, the 37-year-old has played 93 matches scoring 1487 runs and has a career strike rate of 128. Dhoni has led the side since the format’s inception in 2006 and has also guided the team to a T20 World Cup triumph in 2007. He stepped down from captaincy in 2016 and has since then played under the leadership of Virat Kohli.

Cricket: Mohammed Shami is preparing for the Australian tour by watching videos