Home Cricket Dhoni offers words of wisdom to the young bowler who troubled him... 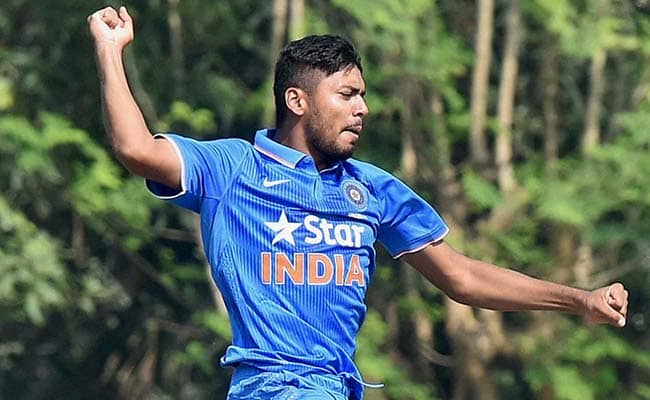 Madhya Pradesh young fast bowler Avesh Khan is in Kolkata right now to play a Ranji Trophy game against Bengal which is set to start from Monday. He was a part of the Indian team as a net bowler during their triumph in Asia Cup. After the practice session Avesh opened about how former India skipper helped the Indian pacers to understand how to bowl grip the ball on a slow track to get the best out from the delivery.

“I was bowling with the conventional grips for outswing and inswing. Mahi bhai was watching and he told me to bowl with a scrambled seam on wickets that didn’t offer much help to fast bowlers. He explained it thoroughly that on docile pitches if the ball lands on the seam there would be little seam movement. But if leather hits the deck, the ball might stop a bit and the batsman could mistime and hit it in the air.

“He (Dhoni) also said on pitches that didn’t assist fast bowlers, focus should be on dismissals like bowled, leg-before and catches in cover and mid-wicket. Caught behind or catches to slips would rarely happen. He advised me to hit consistently on a particular area and the importance of bowling dots balls to put pressure on the batsmen,” Khan said.

It has been a steady progress for the 21-year-old from Indore since he became India’s highest wicket-taker (12 scalps) at the 2016 U-19 World Cup. There he had the privilege to have Rahul Dravid as his coach. The Eden pitch, however, has enough grass to offer seam movement. There’s also the early winter nip in the air and the seamers would rely on conventional swing upfront.