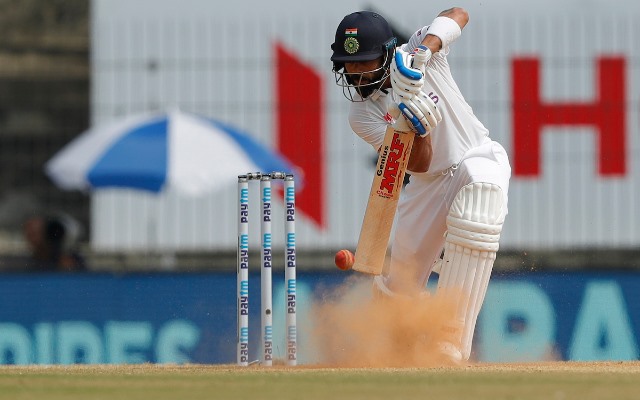 With less than a week to go for the World Test Championship (WTC) final against New Zealand, Team India had their first group training session ahead of the high-octane clash in Southampton.

Given that the high-profile game is at the beginning of the English summer, there’s every likelihood that the Duke’s ball will swing, and exactly that is where the Indians have struggled in the recent past.

Playing in seaming, swinging conditions has been India’s Achilles heal for quite some time now. Gone are the days where the likes of Rahul Dravid and Sachin Tendulkar would expertly negate swing to mitigate the alien conditions. 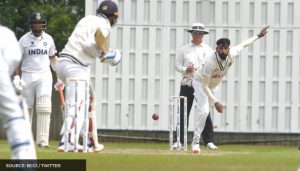 In the recent past with the Indian team-the equation has been if it swings, you will play and miss. That much is a given. You will play and miss but then as the greats do, put the ball out of your mind, take guard again and concentrate on the next ball. For when the ball is swinging, you need to give your full concentration to every delivery. The ball never stops swinging and the batsman can never stop concentrating.

Apart from the World Test Champion final, India will also play a 5-Test series against England, which will be one of the highlights of the English summer.

India has achieved intermittent success in England. Though the last decade has not been very fruitful for them, they have been able to win 3 times in England.

It wasn’t always a given that Indian batsmen will struggle badly against swing bowling. Yes, India still lost a few series but some might reckon that it was because their bowling wasn’t as good as it is now. The batting, however, was something India could always fall back on.

That comfort seemed to be gone after the 0-2 loss against New Zealand was the latest in a long line of struggles against swing bowling that have haunted this generation of Indian batsmen.

Just for the record, five months back India handsomely won a Test series in Australia, where the ball doesn’t swing as much as it does in England or New Zealand. The scores 165, 191,242,124, that India put up against New Zealand in January 2020 were unimpressive, and with a side like India, with the backing that it has, must strive for better. While it’s a common phenomenon that a number of teams struggle against swing, a team of India’s calibre should look to dominate all formats like Australia and West Indies of the old.

Now, we come to this generation of Indian cricketers. There is not a single cricketer – Kohli included, who is averaging more than 37 in these conditions. Remember how everyone thinks Dhoni was bad away from home? Well, his average of 35.84 is just a few points off Kohli at 36.25.

And Kohli is the best of the pack. That, in a nutshell, is the problem. When the base averages of this generation are so low, can they really win in England or New Zealand?
What’s wrong with the current bunch of Indian cricketers playing the IPL and Test matches in space of two months one may ask. The IPL is all about slogging the ball as long and hard as one can, putting minimum emphasis on either balance or footwork. While in swinging conditions in England, one needs to bank on watertight techniue. The problem of the current generation is the bat speed – they go at the ball too hard, something they are trained to do in the Indian Premier League (IPL). There clearly is a problem and India’s response to it will go a long way towards defining how the current generation will be remembered.