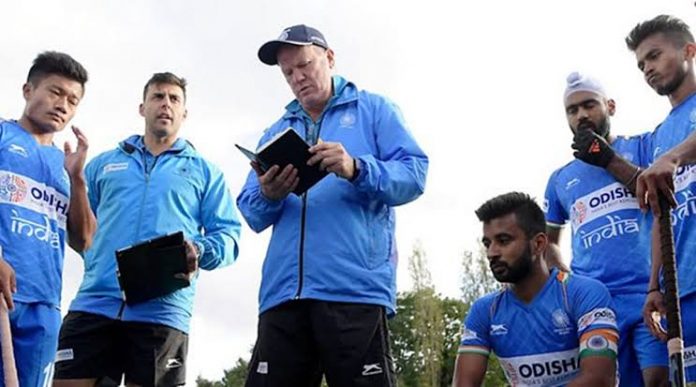 Indian Men’s National Hockey Team coach Graham Reid has stated that the Covid-19 affected players have integrated with the rest of the team. 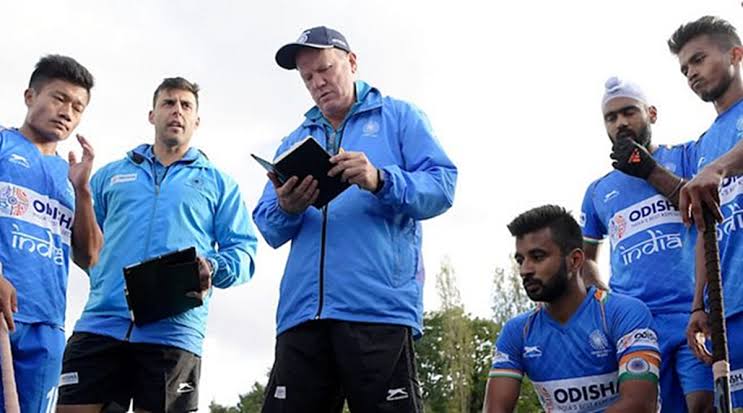 The five players who were tested positive for the virus are: Manpreet Singh, who is also the captain of the team, Surender Kumar, Jaskaran Singh, Varun Kumar, Krishnan Bahadur Pathak and Mandeep Singh.

The above-mentioned five were released from a hospital on 17th August and were kept in quarantine for a few days. Since then, they have joined the team and resumed training with them.

Graham Reid, in a webinar, said that the affected players started slowly but now they are at the same level as the rest of the squad.

“They have integrated with the team and so they are doing what the others are doing. They started 2-3 weeks after others had started. They began at a slow level but they are now close the level of other players,” Reid said.

“It is a serious disease and you may think you are fine, but in reality, it may be otherwise. So, I was pleased that the tests were done. It was detected and they were given treatment,” he added.

Reid commented that while the six players are far from being fully game-fit, he is quite happy with their progress.

“We are doing testing this week along with rest of the team. We are reasonably happy about their fitness but it’s still a long way to reach to full fitness level,” he said.

Reid hopes that the players will be able to resume full training within a period of four to five weeks, although he knows that international matches and competition against top players are distant dreams under the pandemic situation.

“We are having our basic things, internal matches and will get to full training hopefully in 4-5 weeks. But international matches seem to be distant,” he said.

The webinar, organized by Hockey India, also featured Sjoerd Marijne, the coach the National Women’s Hockey Team. He urged the player not to train at full throttle and risk injury.

“You have to be patient, you cannot achieve full fitness quickly. It takes long time. You need to come out of this without injury,” he said.

“A lot of hamstring injuries are happening in football leagues like Bundesliga, EPL. If you start too fast you are risking injuries and you may be out for, say, six months. So, don’t underestimate these lost months,” he explained.