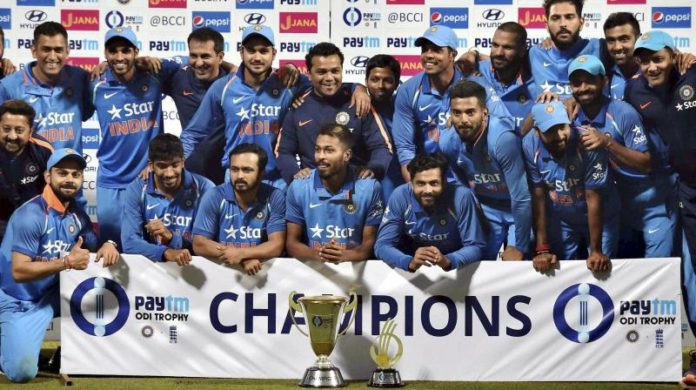 The Men In Blue continue their undisputed march in limited overs cricket by ending the year with 14 victories out of 20 matches. Virat Kohli and Rohit Sharma were the minds that helped the team accomplish this feat. India, having won 75% of their fixtures in this format in 2018 lead the list with England close by with 73.91%. 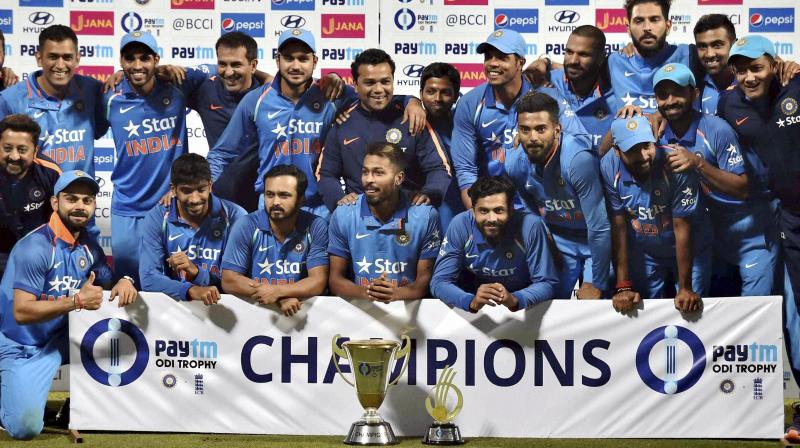 The Blues began the year on a high after a historic series victory over the Proteas. Virat Kohli led from the front with the bat as well to amass 558 runs, which is the most for a bilateral series. Having won the series by a 5-1 margin, yet another overseas beckoned.

Despite securing a victory in the first ODI against England, India blew away the lead after a massive defeat at Lord’s to lose the series 2-1.

After an exhausting away tour of England, regular captain Virat Kohli was rested which saw Rohit Sharma in charge for the Asia Cup. Despite a few hiccups against Hong Kong and Afghanistan, the Men In Blue managed to retain the trophy after a tense final against neighbours Bangladesh.

The team finally geared up for a home series against a visiting West Indies. Having struggled initially after a tied game at Vizag and a rare defeat in Pune, the Men In Blue bounced back in style to clinch the series 2-1 to finish the calendar.

Virat Kohli ended up as the highest run-getter for India this year while Rohit Sharma finished second by a close margin. Meanwhile, it was Kuldeep Yadav who shone with the ball to lead the bowling charts with 45 wickets.

Kohli: Dhoni’s own decison to make way for Pant