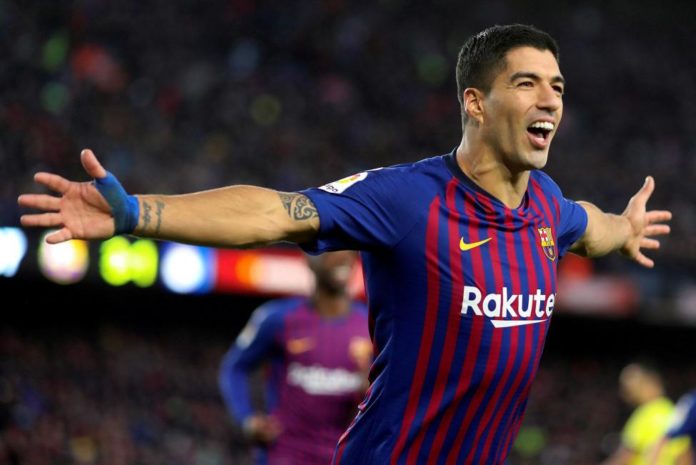 Barcelona’s El Classico victory over Real Madrid will be memorable for fans of both the clubs because of two reasons. It costing Julen Lopetegui his job at Santiago Bernabeu and Suarez’s hat-trick.

Yet the Uruguayan forward believes that Barcelona does need to sign a No.9 given the fact he’s 31 years old.

Football pundits are speculating that Barcelona may sign an additional striker to play alongside El Pistolero and he would approve.

“Barcelona have to think as a club about their future, and players obviously have to keep coming in.

“We’re in Barcelona, every day there are many names that are going to be linked.”

Lionel Messi’s absence with a fractured arm set alarm bells ringing around the Camp Nou, especially with how close it was to the Clasico, however, the former Liverpool forward’s performances have ensured the Argentine hasn’t been missed as much as previously anticipated.

“Many doubted what we could do after his injury,” Suarez said.

“I think that as a team we should be proud that everyone assumed responsibility.

“We realised that we can’t depend on either Messi or Busi [Sergio Busquets] and we took responsibility for the way we wanted to perform.”

Suarez’s hat-trick was just the fourth in a Camp Nou Clasico since 1987, and the first since 2007, and it’s an achievement that will live long in his memory.