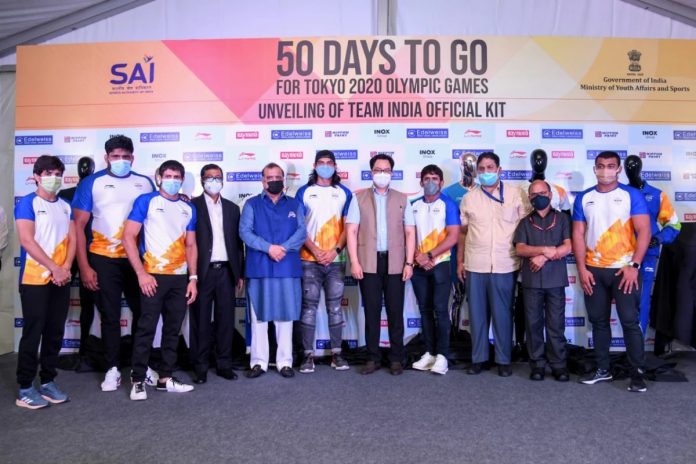 The Indian athletes who have made the cut to the Tokyo Olympic Games this year, will be representing their country while donning unbranded sportswear, and the decision comes straight from the Indian Olympic Association (IOA).

Raymond, the famous Indian fabric and fashion retailer was roped in to deliver the ceremonial kits, while Li-Ning, the Beijing-based manufacturer was inducted as the official sports apparel partner, delivering the travel as well playing kits for the Tokyo-bound athletes of the country.

The kits were designed with inspiration from India’s national colours, as well as unique graphics. The designs of the kits were curated by the IOA and designer Ms. Iditri Goel and  demarcated the 50-day mark before the grand quadriennial event kicks off in the Japanese capital and also coincided with the Remembrance Day of the visionary first President of the Indian Olympic Association, Sir Dorabji Tata.

However, the new kits have been receiving massive backlash from the citizens due to the involvement of Li-Ning, which is a Chinese brand. Following the reprimand, the IOA decided to chuck their contract with the company and go ahead with unbranded clothes for the Olympics.

“We are aware of the emotions of our fans and we in IOA have decided that we will withdraw from our existing contract with an apparel sponsor,” an official statement from IOA President Narinder Batra and Secretary General Rajeev Mehta on Tuesday revealed.

“We would like our athletes to be able to train and compete without having to answer questions about the apparel brand. As it is, they have all been challenged by the pandemic over the past year and a quarter and we want them to be not distracted,” the statement further asserted.