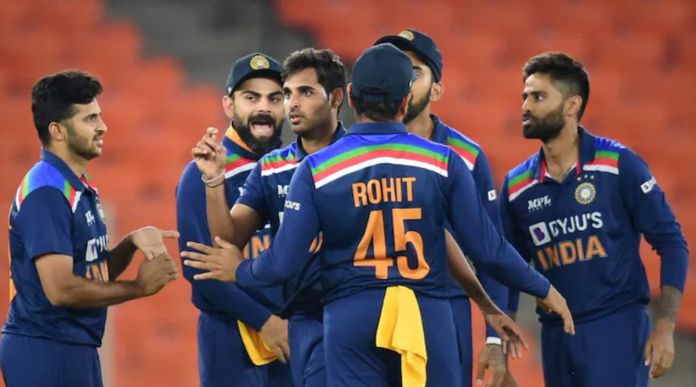 The 2021 T20 World Cup might be relocated to the United Arab Emirates, but India should remain among the favourites to win the title, even if the tournament is played in Abu Dhabi and surrounds rather than Mumbai and elsewhere.

Despite the probable change in venue, which will leave India without homeground advantage, the probability of them winning the competition again is reasonably high. Here’s why. 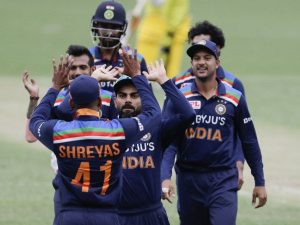 India’s squad for the 2021 T20 World Cup will feature numerous players that fared really well in the 2020 and 2021 IPL. This familiarity with conditions and knowledge of other venue factors will stand Shikhar Dhawan, Ishan Kishan, Jasprit Bumran, Yuzvendra Chahal and others in good stead. Even if it’s not these names in particular, in part or entirety, that are selected, the majority of the squad’s individuals will have plenty of experience in the UAE.

The West Indies are the reigning T20 World Cup champions and the most successful team in the history of the tournament with two titles. Only four other countries have won the tournament. One of them is India, alongside England, Sri Lanka and Pakistan. India won the tournament in 2007 and, a full 15 years later, are the favourites to take a second title with popular cricket betting sites. 10CRIC and bet365 have India priced as 3.0 and 2.0 tournament favourites, respectively.

India have a couple of players among the top 10 of the International Cricket Council’s rankings for T20I batsmen. They are captain Virat Kohli and wicketkeeper-batsman KL Rahul. The fact that they are ranked right up there with other international stars such as Australia’s Aaron Finch, England’s Dawid Malan and Pakistan’s Babar Azam says a lot for India’s exploits with the bat. Rahul, Kohli and others will walk into this tournament on the back of IPL experience in the UAE and look to capitalise on this immediately.

The captain’s decision to open the batting for the Royal Challengers Bangalore in the IPL bodes well for his time at the top of the Indian order, alongside the veteran Rohit Sharma, at the T20 World Cup.

“I’ve batted at different positions in the past, but I feel we have a very solid middle order, and now it’s about your two best players getting the maximum number of balls in T20I cricket,” said Kohli.

“So I would definitely like to partner Rohit at the top. If we have a partnership and we both are set, then you know that one of us is going to cause some serious damage. That’s exactly what we want. It augurs well for the team and I would like this to continue, and hopefully continue that form through to the World Cup.”

India currently don’t have any players among the top 10 of the International Cricket Council’s rankings for T20I bowlers. They do, however, have four in the top 30 – quartet Chahal, Bumrah, Bhuvneshwar Kumar, Shardul Thakur. Chahal could be a particularly big threat. He is one of the finest leg-spinners on display in world cricket at the moment. Burmah, of course, has those pinpoint yorkers of his. Kumar has recovered from injury and is gradually returning to his best. Thakur’s progress is coming along nicely – and his penchant for snaring wickets in challenging UAE conditions should be evident.

The selection of a couple of solid all-rounders can really positively affect the balance of an XI. India have these options in spinning all-rounder Ravindra Jadeja and seaming all-rounder Hardik Pandya. The latter might even play as a specialist batsman, but could put in a few valuable overs if or when required. Jadeja, meanwhile, can turn a contest on his own – with bat or ball – across just a few overs.