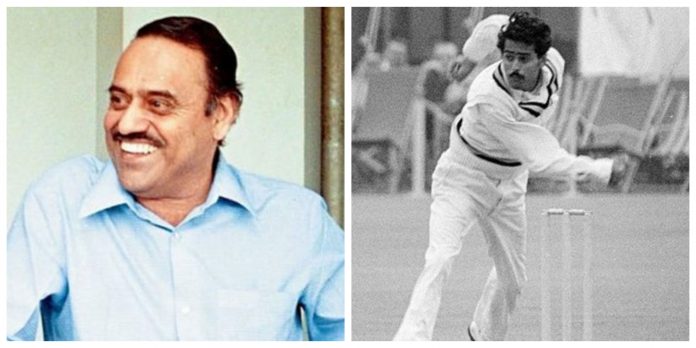 After having complained of fatigue and slurring in speech, former India player BS Chandrasekhar was admitted to a private hospital in Bengaluru, according to the PTI report. However, the former spinner has been shifted to the normal ward now and he has now been under the physiotherapy as well.

“Chandra is recovering very well, and he will be back home on Wednesday or Thursday,” the legendary spinner’s wife Sandhya Chandrasekhar Bhagwath had told PTI.

She again shared that the 75-year old veteran leg-spinner said about “tiredness and fatigue” on Friday evening and his speech was a “little bit cluttered” as well.

“There is some kind of blockage in the brain. It’s a very, very minutest stroke”, she said, adding, with medication he will probably be alright in a week or two. “There is no problem. It’s not a life-threatening thing. Please convey to fans that Chandra is very much stable. He has a very strong willpower,” she again added.

The veteran campaigner, who made his debut for the country in January 1961, claimed 242 wickets in the 58 Test matches which came at an average of 29.74 as well. Moreover, he had picked up 16 five-wicket hauls during his 15-year-old long cricketing career as well. However, he had played his last Test for India in 1979.

BS Chandrasekhar had also picked up 6 for 38 at The Oval way back in 1971 to provide India with their first series win in England. He had also played an important role for India in their first win in Australia in 1978 as well, where he had picked up 12 wickets for 104 runs at Melbourne.

The veteran leg-spinner had also played a One Day International match against New Zealand, where he claimed three wickets and conceded 36 runs too.

On the other hand, as far as Team India’s current status in Test is concerned, they need 324 runs to win in the fourth and final Test to retain the famous Border-Gavaskar Trophy. While Australia started with a win in the campaign opener, Team India bounced back well in the second and won it as well and the third Test ended in a draw too.