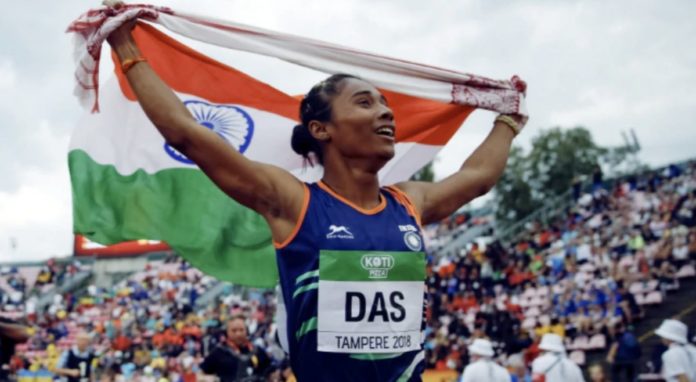 Last month Hima Das scripted history by becoming the first ever Indian athlete to have won Gold in the 400m final at the IAAF World U-20 Athletics Championship. This time Hima Das has won a Silver medal at the ongoing Asian Games taking place in Indonesia by clocking her career best and also breaking the national record again which she clocked yesterday, with a time of 50.79 seconds.

The Gold Medal, however, was grabbed by Naser Salwa of Bahrain who won the race with a scorching time of 50.09. Another Indian Nirmala finished fourth whereas Bronze medal was grabbed by Elina Mikhina of Kazakhstan. 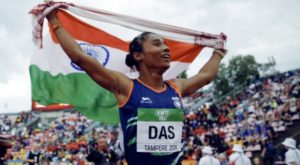 By clocking 50.79, Hima Das also became the first Indian to ever complete a race below the 51-second barrier.

Hima Das also took the fifth spot in the 200m at the Youth Worlds in Nairobi. And she was sixth in the Commonwealth Games in Gold Coast in April.

It was a known fact that Naser Salwa of Bahrain was going to give tough competition to 18-year-old Hima Das of Assam, as Naser has run sub-50 times five times this year, while the Assamese’s previous personal best was 51 seconds.

With Hima being just 18-year old, only sky is the limit to what she can achieve in the field tracks and hopefully, she brings India her first Olympic medal in sprinting, a dream which Milkha Singh and PT Usha could never fulfill.

Congratulations messages started pouring on Twitter for the young lady from Assam.

Historic day for us as Hima Das bags Silver in the Women's 400m event. India stands proud at her feat. Congratulations.#AsianGames2018 pic.twitter.com/h2b4qa8CAY

In the Men’s 400m race, Muhammed Anas won silver as well and fellow Indian Arokiarajiv fell short of the bronze as well. 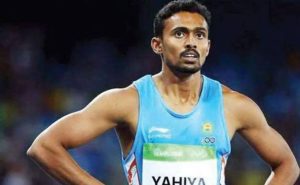