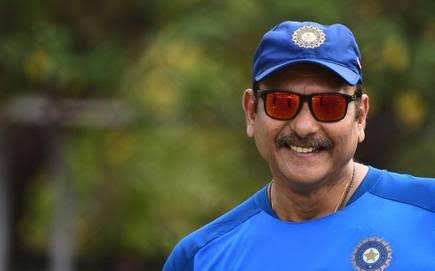 The world cup of 2019, saw Virat Kohli bat again at the no 3 position, but recently Indian team’s coach, Ravi Shastri revealed how he wanted the ace to bat at the no. 4 position. Currently the no. 4 batting position is occupied by Shreyas Iyer and Ravi is all praise for him. 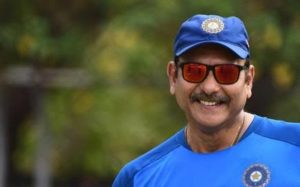 Before Shreyas Iyer claimed the no. 4 batting spot, there were numerous players who were considered for the no.4 slot– Vijay Shankar, Kl Rahul, Ambati Rayuda and Rishabh Pant. The no 4 position has been a headache for team coach, Ravi. He was unable to find the perfect player for the no.4 slot. The search for a player to fill the no. 4 slot was still on when India entered the World Cup 2019. After the match ended and India came back defeated, questions regarding the no. 4 spot again started making rounds.

The news came as a shock to all Virat fans, but thankfully the skipper was not demoted to the no. 4 position, as the slot was filled by Shreyas Iyer. But Virat fans should not worry yet, as Shastri has no plans of changing Virat’s place in the team.

Ravi Shastri spoke to the media, “We lacked stability there (No. 4 at World Cup). That’s why it crossed my mind many times to ask Virat to bat at 4. We were top-heavy. Just to split the top-heaviness and making someone else bat at 3. This did cross my mind. Many times because I knew in the big game that could be the most important position. So we have learnt from that.”

Rishabh Pant occupied the no.4 slot in the ODIs, but he could keep it. The position was next given to Iyer, during the match against Bangladesh in Nagpur. He managed to score 62 while Pant could only score 20 in the ODI series against West Indies.

Ravi praised Iyer’s performance calling it beautiful. He said, “The way he is batting now if he doesn’t own that position, I will be very, very surprised. He is 24-25 years, but he has played so much first-class cricket. I think he has realised what he can do at No. 4. That’s the most important thing.”