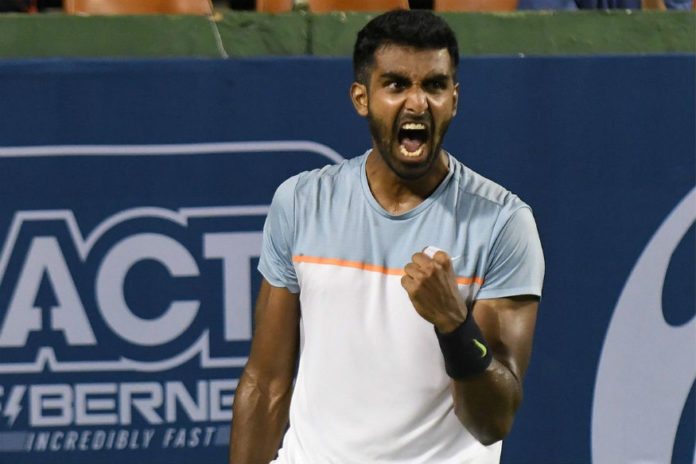 India’s highest ranked singles player and the lone representative in men’s singles at this year’s Wimbledon, Prajnesh Gunneswaran, has a tough outing in his first round. His opponent is none other than the Croatian Milas Raonic who finished as runners-up in 2016.

While others like Ramkumar Ramanathan, Ankita Raina, and Saketh Myneni bowed out in the qualifiers, Prajnesh made it through to the main round by virtue of his high ATP rank of 94. The match is scheduled to begin at 06:45 p.m. IST tomorrow.

“He is a tough opponent, but I can beat him. It will be a good challenge. I can be tough to beat on any surface, If I am playing well and I will prepare as well as possible, go out there and give my best.”

A shoulder injury derailed his clay season and the 29-year-old didn’t have much playing time post that. He has a 4-6 record in the grass with a win over World No. 27 Denis Shapovalov in Stuttgart last year.

Although India has four doubles specialists- Divij Sharan, Leander Paes, Rohan Bopanna, and Jeevan Nedunchezhiyan, none of them are expected to clear their first hurdle given their draw.