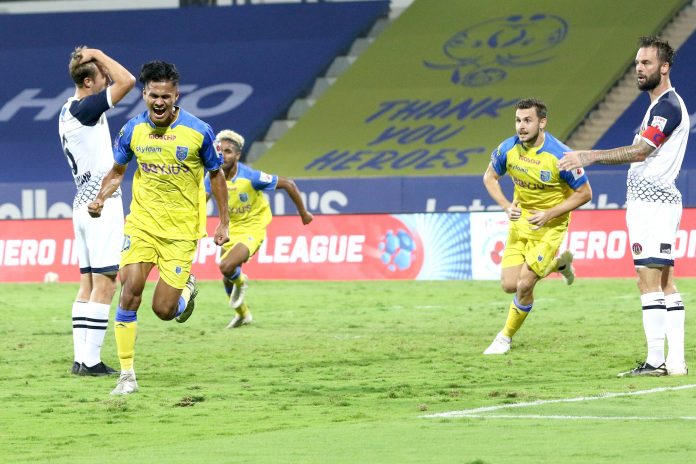 The second match of the double header in the Indian Super League(ISL) on Sunday at GMC Stadium saw one all draw between SC East Bengal and Kerala Blasters.

SC East Bengal and Kerala Blasters shares one point each 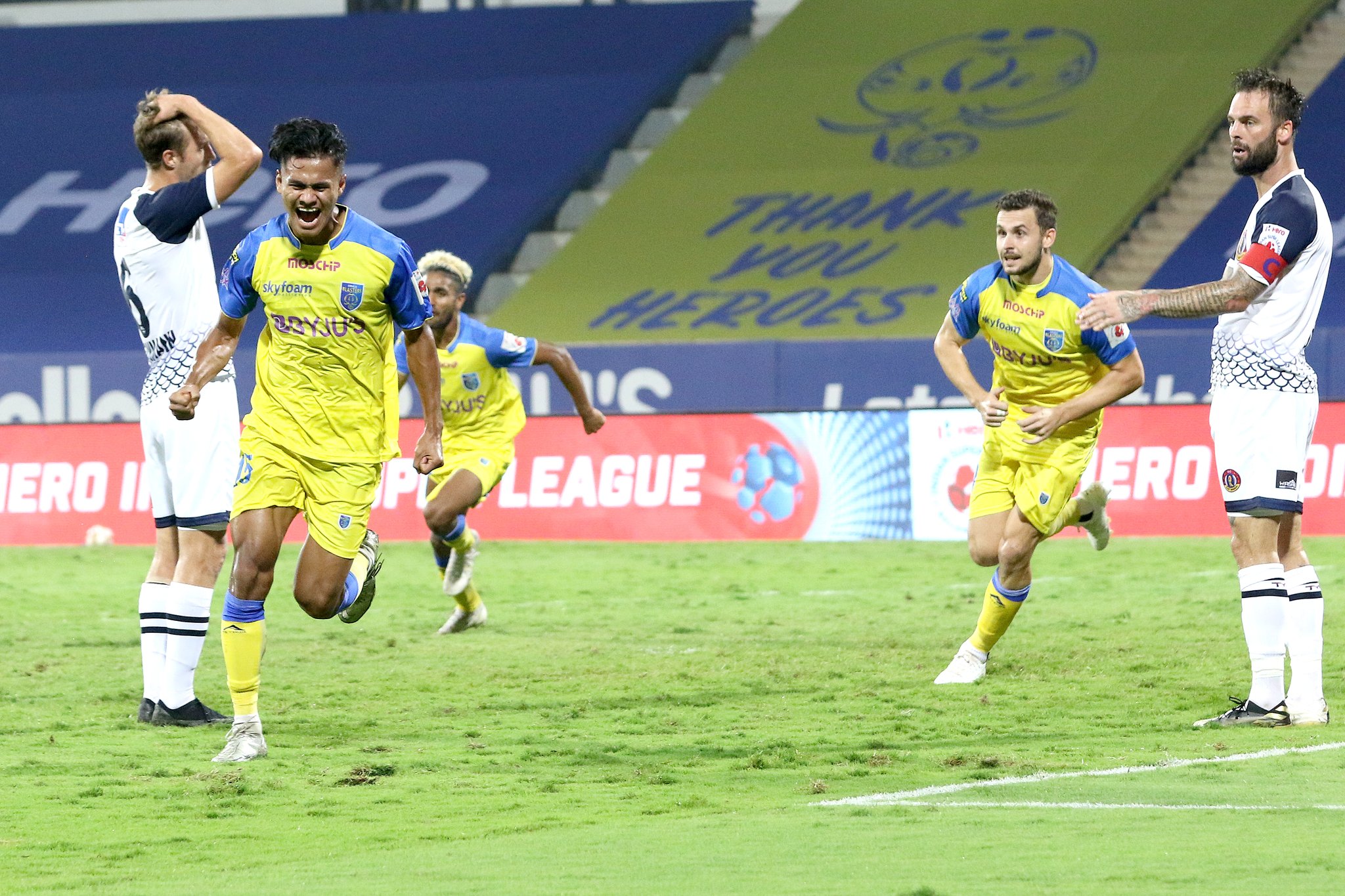 In the 9th minute, SC East Bengal created a chance to get the lead early. Debutant Tomba Singh attempted a long-range shot from distance which was on target but goalkeeper Albino was able to make the save.

Anthony Pilkington tried to capitalise from that position but went down inside the penalty box after a nudge from Nishu but the referee did not consider it as a foul.

Costa got the first chance for Kerala Blasters to score from Facundo’s curling corner but his header went above the crossbar.

An own goal gives SC East Bengal a lead

Right around the end of the first quarter of the game, Jacques Maghoma delivered a through ball to Mohammed Rafique.

He tried to play a square pass to Pilkington into the box but Bakary Kone went onto intercept it, but ended up netting the ball into his own net and SC East Bengal got the crucial 1-0 lead.

Kerala Blasters had more possession of the ball in the first half but the Red and Gold brigade created more prominent chances and eventually got the breakthrough goal.

Kibu Vicuna’s almost netted the equalising goal in the 51st minute but missed out on another big chance.

Kone tried to reach for a header to meet Pereyra’s cross but his attempt only managed to find the side net.

They were then denied in the 70th minute by SC East Bengal goalkeeper Debjit Majumder. He pulled off a great save to stop Jordan Murray’s volley.

In the 95th minute, the equaliser came with Jeakson rising high to head the ball into the goal from the substitute Sahal Abdul Samad’s cross from close range and spoiled the party for East Bengal.