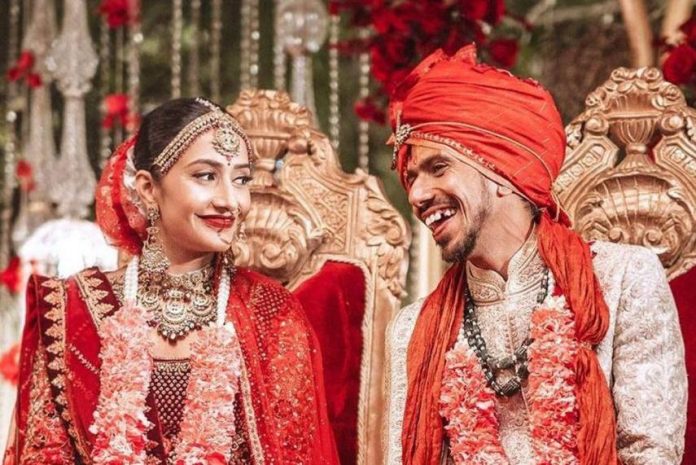 Indian cricketer Yuzvendra Chahal tied the knot with Dhanashree Verma on Tuesday in Gurugram. The spinner shared the image of the ceremony on social media which brought in congratulatory messages across fellow cricketers and fans alike. 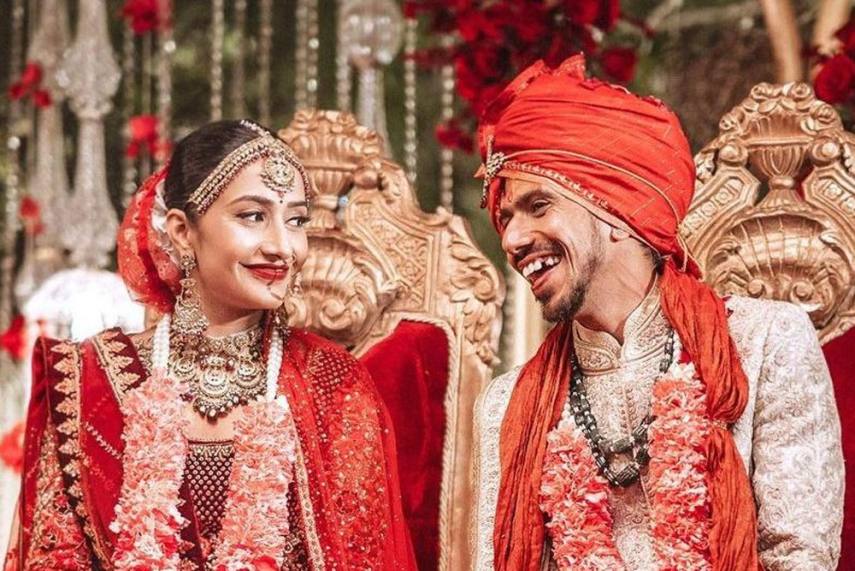 Chahal captioned the image as “22.12.20. We started at “Once Upon A Time” and found “Our Happily Ever After,” coz’ finally, #DhanaSaidYuz for infinity and beyond.”Dhanashree also shared the same image on her social media handles with the same caption.

According to reports, the event was a private affair with only family members and close friends attending.

We started at “Once Upon A Time” and found “Our Happily Ever After,” coz’ finally, #DhanaSaidYuz for infinity & beyond! pic.twitter.com/h7k3G3QrYx

The leg-spinner had donned a sherwani and turban for the occasion while the bride was dressed in a maroon saree. Chahal had announced his engagement with Dhanashree on the 8th of August.

Dhanashree, a choreographer, who is also a doctor had revealed that her relationship with Chahal actually began as a ‘student-teacher’ one.

“During the lockdown, Yuzi decided to learn a few new things, including dance. So, he got in touch with me and we started our classes. Slowly we became friends and sort of felt a connect,” she said

The 30-year-old had a stellar IPL campaign and was one of the most prominent spinners of the tournament. However, he had a rough outing in the first two ODIs in Sydney. Chahal entered the history books by bowling the most expensive spell by an Indian spinner after conceding 90 runs in the first ODI.

He was subsequently dropped for the third ODI which India managed to win in order to avoid a whitewash. While he was not picked for the first T20I, he was roped in as a concussion substitute in place of Ravindra Jadeja and managed to turn the game completely on its head.

After the limited-overs series, he returned back to India since, Ravichandran Ashwin, Ravindra Jadeja and Kuldeep Yadav are India’s spin choices for the longest format of the game.