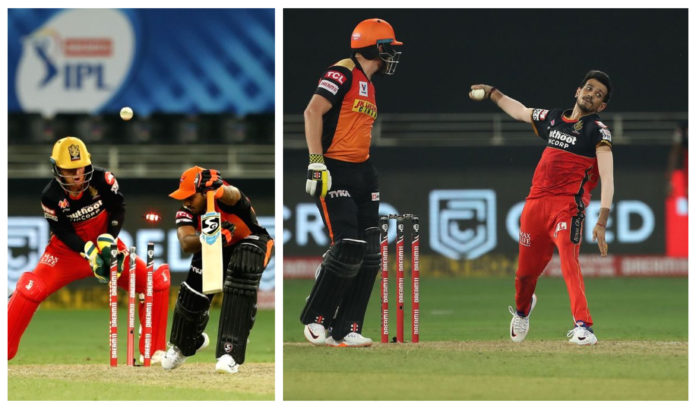 Royal Challengers Bangalore opened their account in the points table with a resilient 10-run win over Sunrisers Hyderabad. Leg-spinner Yuzvendra Chahal was adjudged as the man of the match for his brilliant spell of 3-18 that turned the game right on its head.

Sunrisers Hyderabad, despite the loss of David Warner to a freak dismissal, were coasting towards victory until the death over. A massive landslide, in the end, tilted the game in favour of the three-time finalists.

Yuzvendra Chahal triggered the collapse with the wicket of the set Jonny Bairstow. With new batsman Vijay Shankar at the crease, RCB saw a window of opportunity to put the pressure back with another wicket. 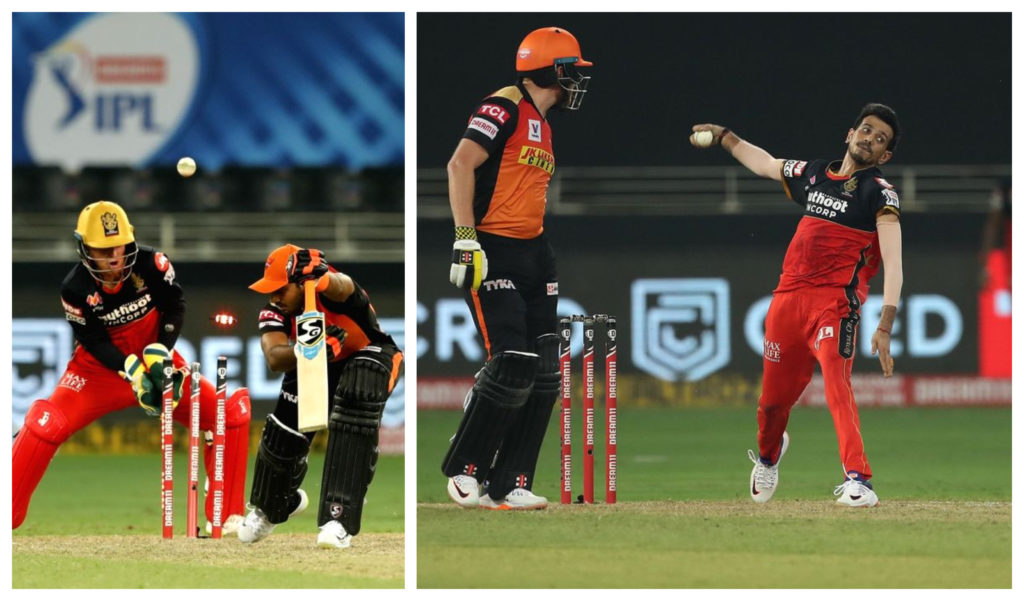 The leg-spinner managed to get the better of Vijay Shankar off the very first delivery. The all-rounder failed to read the googly which resulted in the ball breaching the gap between his bat and pad and onto his stumps.

After the game, Chahal revealed that it was Virat Kohli and Ab de Villiers who prompted him to go for the googly once Shankar was on the crease. In order to nail the delivery, Chahal coated his hands with dirt in order to grip the ball better due to the heavy dew on offer in Dubai. He said:

“When I bowled to Pandey I was trying to outside off-stump with that field, but decided to bowl within the stumps because it is difficult to hit through the leg-side and with Bairstow I bowled little fuller and outside leg so that it becomes tough for him to target the leg-side with the turn away.

When Vijay came Virat and AB told me to go for a googly and it worked. I put some mud on my hands to make sure there is no dew.”

Skipper Virat Kohli praised the efforts of Chahal and claimed that the leg-spinner changed the game. He said:

“Tonight he showed that if you have the skill, you can get purchase on any wicket and the way he came in and bowled attacking lines and he was the one in my opinion who changed the game,”

Royal Challengers Bangalore will hope to build some momentum in the early stages in the tournament when they face Kings XI Punjab on Thursday.

Looking for a betting site with the best bonus for Indian customers?

Discover the best ones for you!