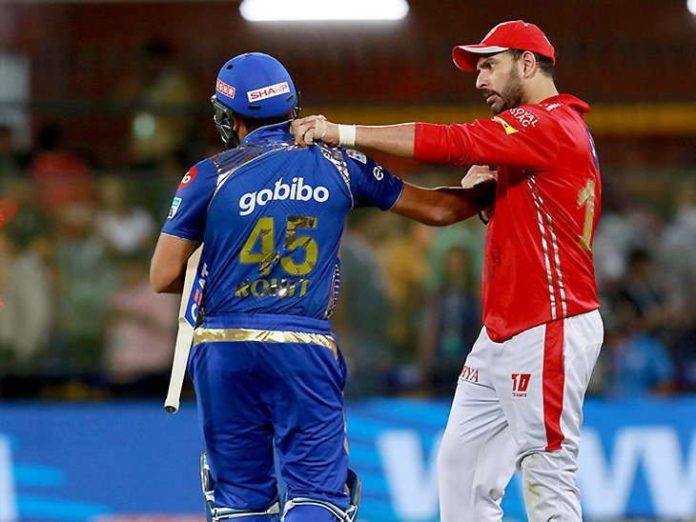 Yuvraj Singh, the veteran all-rounder from Punjab was on Tuesday snapped up at his base price of INR 1 crore by Mumbai Indians in the Indian Premier League auction. 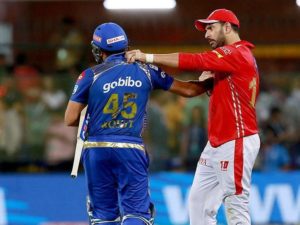 The 37-year-old, who has lost his prime form in the recent years couldn’t play as per expectations for Kings XI Punjab and was subsequently released by the franchise. Despite him remaining unsold after the first round of bidding, he found himself a team in the second round.

The likes of Sachin Tendulkar and team owner Akash Ambani felt that Yuvi’s inclusion adds value to the team. Also Yuvraj reunites with his old mate Zaheer Khan. Later, he went on to laud their skipper Rohit Sharma for his incredible abilities and also him as an individual.
“Yes, I think Rohit is a terrific captain, and he is someone who keeps his nerves pretty calm. You know, I have seen Rohit grow in front of me as a player, a cricketer and as a human. I think he is one of the best examples of a human being I have seen throughout a bunch of cricketers. He is definitely one of the greats in ODIs and a very humble human being,” Yuvraj was quoted as saying to the media.
“We share a great camaraderie, and hopefully it works on the field, and you know, just really looking forward to playing under him,” Yuvraj remarked.
Yuvraj will now play the tournament with the Wankhede Stadium as his home ground. He holds a special connection with the ground. It was him who was on the other end when Dhoni finished the game off in style to lift the World Cup for India in 2011.
Talking about it, Yuvraj said: “It is a very emotional and strong place for any Indian cricketer, so I think I’m very excited and ecstatic to play in front of the Mumbai home crowd. As I said, hopefully, it should go well for us.”
Also Read:
https://www.sportsindiashow.com/fans-slam-yuvraj-singh-skipping-ranji-trophy-game-following-ipl-auction-deal/