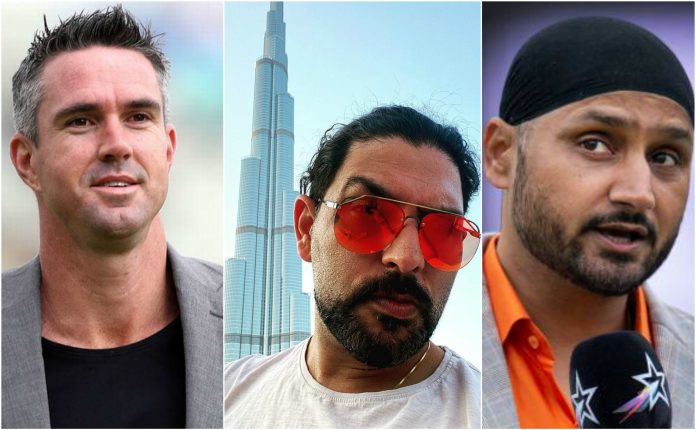 Former India all-rounder Yuvraj Singh has recently shared his pictures on Instagram where he can be seen at Burj Khalifa in Dubai. He shared the pictures with the caption, ‘#burjkhalifa !!!!’. However, the post went viral in no time where everyone started commenting, be it his wife, former teammates or fans.

While many commented in interesting ways, former England cricketer Kevin Pietersen’s comment took the limelight away from others. He commented “why you so cute” on the pictures of Yuvraj that too on a cheeky note which left fans with a smile on their face.

However, the on-field battle and off-field banter between Yuvraj Singh and Pietersen are known to every cricket fan. Even, Yuvraj’s slow left-arm spin had troubled Pietersen in his cricketing days a lot but after the retirement, they become more of friends and often pulls each others’ legs on social media platforms in a friendly manner.

However, not only Pietersen but his wife Hazel Keech and former teammate Harbhajan Singh have also commented on the former all-rounder’s post on Instagram. While Hazel referred to him as “handsome”, Harbhajan praised his look in Punjabi, saying, “Paji thid aa.” 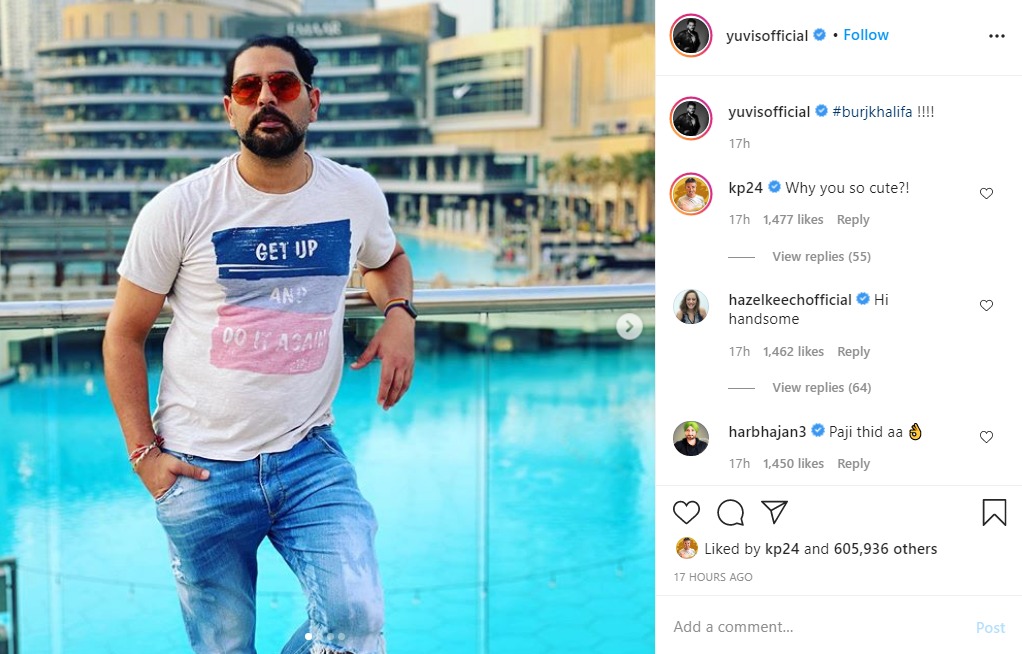 Notably, Yuvraj Singh’s visit to the United Arab Emirates took place right after the conclusion of the 2020 edition of Indian Premier League where Mumbai Indians beat the Delhi Capitals by five wickets and won their record-fifth IPL trophy as well. However, Yuvraj Singh too had played in 11 editions of the IPL and his last appearance came in the 2019 edition of the tournament.

However, after having a rather forgettable 2019 IPL for Mumbai Indians, the experienced all-rounder decided to play for other T20 leagues around the globe, barring the IPL. Meanwhile, Yuvraj Singh announced his retirement from international cricket in 2019 with 8701 runs from 204 ODIs, 1900 runs from 40 Tests and 1177 runs from 58 T20Is in his name.

He played a key role in India’s 2007 T20 World Cup and 2011 ICC Cricket World Cup wins, and he is the only player to have smashed England pace bowler Stuart Broad for six sixes in an over during the 2007 World Cup match as well.