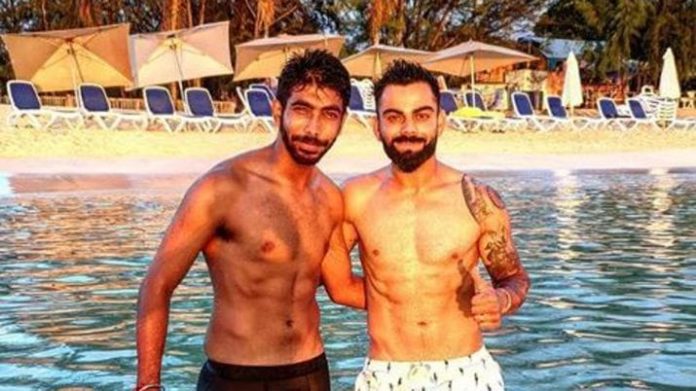 The Indian team along with their captain Virat Kohli and the support staff partied in Antigua before the first test match against the West Indies on 22nd August at Antigua. Indian Skipper and Jadprit Bumrah were seen flaunting their six pack abs in the pool at Antigua. Many fans were amazed by the fitness the world’s best batsman and bowler have, among them there was former Indian All-rounder Yuvraj Singh who mighty pleased by their fitness level and even commented ” Oho Fitness Idol.” 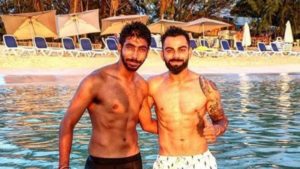 Sun soaking with @virat.kohli and the team 🌊🌊

India are ranked no.1 in the world test ranking and will like to start their World test championship on a high against the West Indies and would even like to play the finals at Lords in two years time.

Sri Lanka and Australia have had a winning start to their World Test Champions against New Zealand and England respectively.

India who will play South Africa after their Caribbean tour would like to give a strong statement in the tournament. Earlier the Indian defeated the West Indies team 3-0 in T20 and defeated the hosts 2-0 in one day internationals with one game being a washout at Guyana.