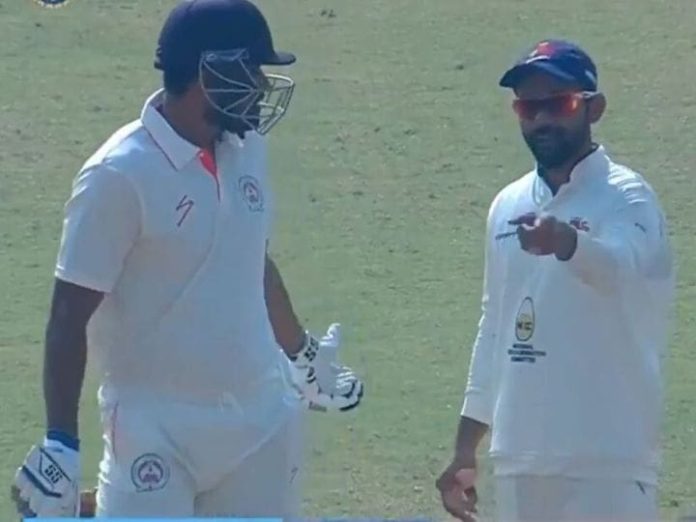 Mumbai faced Baroda in the first round of this years Ranji Trophy, Mumbai comfortably marched to a victory owing to brilliant centuries from Suryakumar Yadav ad comeback man Prithvi Shaw who was banned in violation of doping rules.

Mumbai gave the Krunal Pandya-led Baroda a target of 534 runs to win in conquest of yet another ranji victory. Baroda were bundled out for 224 and suffered their biggest loss in four years. In this humiliating loss against giants Mumbai, senior player Yusuf Pathan refused to walk off the field even after being given out by the on-field umpire. 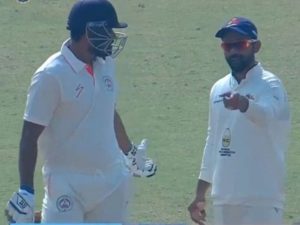 This happened in the 48th over when Mumbai pacer Shashank Attarde came to bowl to replace Akash Parkar, drew a front foot defence from the veteran all-rounder and was caught by Jay Gokul Bista at short leg.

Umpire took a long time in raising his finger ruling the veteran out but Pathan was adamant in not leaving the ground as he felt he was not out and felt he was given out wrongly as their was alot of waving of hands and shouting.

It also took pursuing from senior Mumbai and India Vice-captain Ajinkya Rahane, however his long way back to the pavilion saw shake of the head and Pathan’s discomfort of getting out.

This win gave Mumbai six points and Baroda couldn’t get a single point after the first ranji trophy match.

In other Ranji Game, Jharkhand came from behind to defeat Tripura as the Jharhand team followed on and went on to defeat Tripura courtesy an excellent performance by stand-in captain Saurabh Tiwary and senior man Ishank Jaggi.

In the derby game between Karnataka and Tamil Nadu, former once again came on top in a thrilling encounter as they beat them by 26 runs.

After this win, Karnataka have beaten Tamil Nadu in all three domestic competitions this year.

Prior to this game, Karnataka had beaten Tamil Nadu in the final of Vijay Hazare and Syed Mushtaq Ali Trophy to successfully defend both the domestic titles.