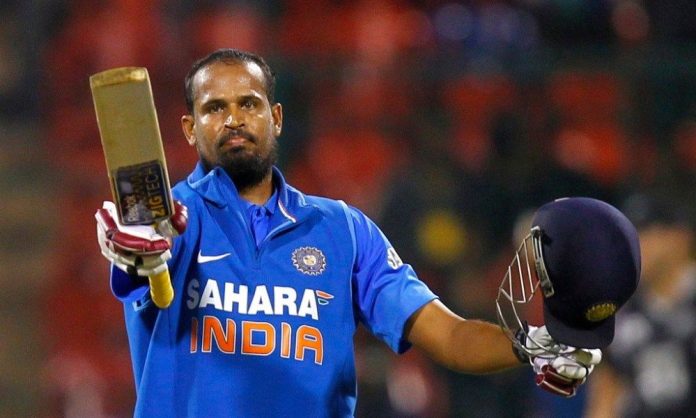 Former India all-rounder, Yusuf Pathan has announced his retirement from all formats of cricket on Friday. Yusuf Pathan is the older brother of another former India player Irfan Pathan and also a two-time World Cup winner as well. He has also won the Indian Premier League twice in 2012, 2014 while playing for Kolkata Knight Riders and once with Rajasthan Royals in the inaugural season of the IPL in 2008.

“I thank my family, friends, fans, teams, coaches and the whole country wholeheartedly for all the support and love,” Yusuf Pathan took to Twitter and tweeted along with his retirement statement.

I thank my family, friends, fans, teams, coaches and the whole country wholeheartedly for all the support and love. #retirement pic.twitter.com/usOzxer9CE

“The time has come today for me to put a full stop to this innings of my life. I officially announce retirement from all forms of the game,” further added Yusuf in the statement. “Winning two World Cups for India and lifting Sachin Tendulkar on my shoulders were some of the best moments of my career.”

Yusuf Pathan has played for India in 57 ODIs and 22 T20Is for India since making his international debut way back in 2007. He was featured in the Indian team that registered wins in the ICC T20 World Cup 2007 and ICC Cricket World Cup 2011 as well.

The swashbuckling batsman and a handy off-spinner, has scored 810 ODI runs and 236 T20I runs for the country. Along with runs, he also claimed 46 wickets in the limited-overs international cricket as well. However, he has played 100 first-class matches, where he has amassed 4825 runs and scalped 201 wickets. In List A cricket, the right-handed middle-order batsman managed 4797 runs and picked up 124 wickets from 199 matches as well.

“I still remember the day when I wore the India jersey for the first time. I didn’t only wear the jersey that day, but I took upon my family’s, coach’s, friends the whole country’s and my own expectations on my shoulders as well,” Pathan added.

“Winning two World Cups for India and lifting Sachin Tendulkar on my shoulders were some of the best moments of my career. I made my international debut under M S Dhoni, IPL debut under Shane Warne, Ranji debut under Jacob Martin and would like to thank them for believing in me,” he further added.

However, his brother Irfan Pathan too wished him after the announcement. He tweeted: “You have been a champion player Lala. Bowlers use to fear bowling to you.”

You have been a champion player Lala. Bowlers use to fear bowling to you