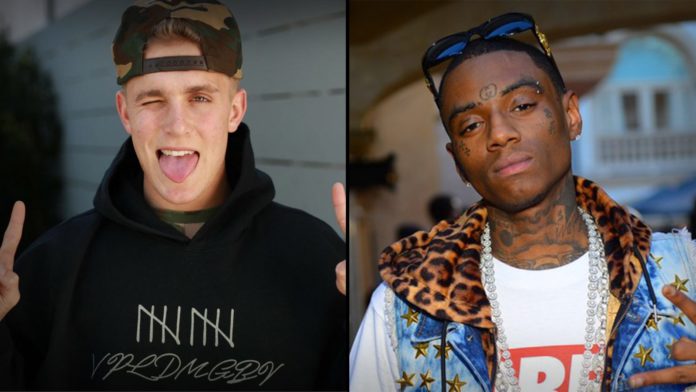 Youtube star Jake Paul who is the brother of Logan Paul has offered a staggering ₹143 Crore ($20 Million) to fight American rapper Soulja Boy in a celebrity boxing match.

Gossip website TMZ interviewed Jake Paul at the Airport where he revealed that he 100% wants to fight the rapper and called it a business move. 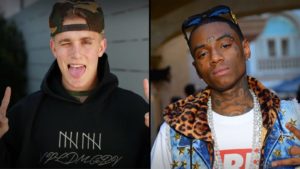 “I’m trying to fight him. I know it will blow up,” he said. “I don’t like some of the stuff he’s recently done but it’s like, it’s more business.”

Both Jake and Soulja Boy got together on Instagram live trading shots and insults and at each other and it was Soulja Boy who bought up the topic of a boxing match and said that he would call Floyd Mayweather to set up the fight.

Initially, Soulja Boy said that he would put up ₹143 Crore ($20 Million) to fight Jake, but then Jake Paul went on to question Soulja’s finances.

He was then asked by the TMZ crew about Soulja Boy’s antics, and what was annoying about him.

“There’s just a lot of controversy around him and I think people would love to see him get knocked out.” He replied.

“I’m sure people would want to see me get knocked out so I think that’s why it would be a big fight,” he added.

Last year Jake Paul took on Deji on the undercard of Logan Paul vs KSI, where Jake won the fight via TKO as Deji’s corner threw in the towel.