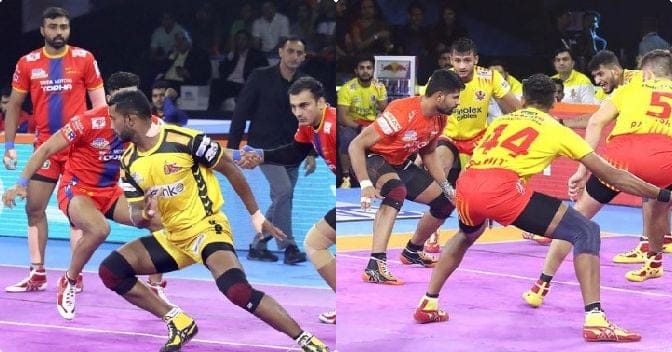 Telugu Titans and UP Yoddhas played the first tie of the Pro Kabaddi League season 7 in a game which was dominated by the defenders and whose result was decided on the end of 40 minutes. An error by the support staffs of the Titans helped the Yoddhas draw this game. In the second game of the final day of Mumbai leg U Mumba trashed Gujarat Fortunegiants by a margin of 12 points courtesy an all-round performance by defender Surinder Singh who got a total of 9 points. 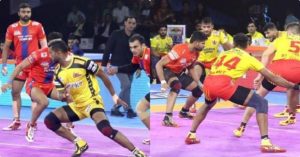 It was a technical point which defined the first tie of PKL season 7. A low scoring thriller which was dominated by the defenders saw an error from the Titans support staff which helped the Yoddhas to tie the game. In the last minute of the game the score was tied at 19-19 and in came the Titans star raider Siddharth Desai for the buzzer raid of the game and it seemed Telugu Titans might have won it with Sumit stepping out of bounds. However, with Telugu Titans players rushing onto the mat before the referee signaled the end of the game, U.P. Yoddha, too, were awarded a technical point and the match ended as a tie at 20-20.

The next leg of PKL season 7 will be played in Patna at the Patliputra Sports Complex where Patna Pirates take on Jaipur Pink Panthers and Bengal Warriors take on Bengaluru Bulls.