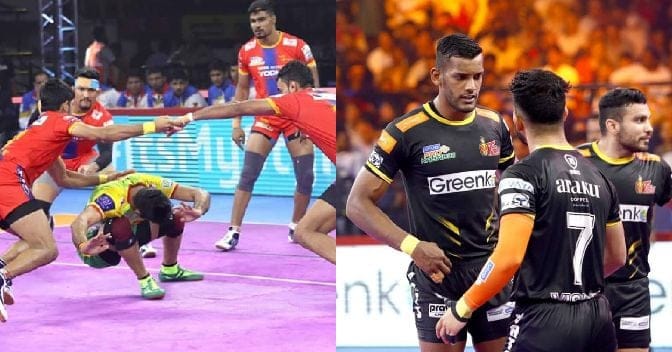 The last day of the Bangalore leg of the Pro Kabaddi League season 7 saw the UP Yoddha decimate Patna Pirates, the pirates lost their seventh game in a row making it their longest run of defeats and a raiding masterclass by Siddharth Desai and Pawan Sherawat where both the star raiders fetched 22 points in the game but it was Benglauru Bulls who kept their nerves to defeat arch-rivals by 1 point. 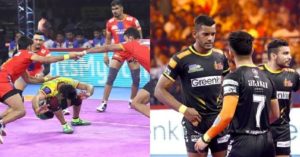 Riding on performances from raider Srikanth Jadhav and defender and Captain Nitesh Kumar the Yoddhas defeated the three-time champions Patna Pirates. Pirates who looked good at the start couldn’t capitalize on their lead in the early second half as Srikanth Jadhav and Nitesh Kumar inspired the Yoddhas in order to defeat the Pirates. Itw as another super-10 for the raiding superstar Pardeep Narwal but it didnt prove to be effective as the team lost yet another close game.

A raiding masterclass by the Pawan Sherawat and Siddharth Desai entertained the fans but it was the defenders and technical point who decided the winners of the game. 23 points for both Desai and Sherawat which included a solo tackle point. In the it was the Bengaluru Bulls who kept their calm and won them the game.