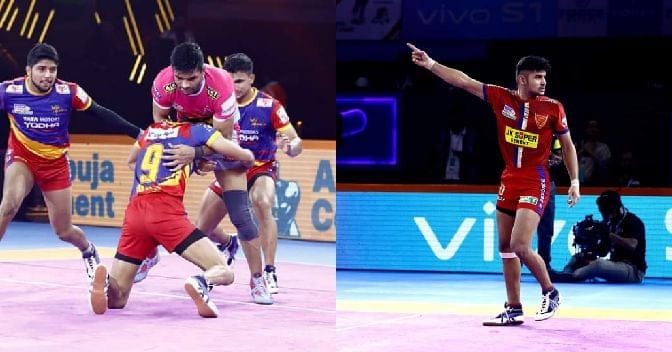 The 3rd day of Pune leg of Pro Kabaddi League Season 7 saw UP Yoddhas over power the Jaipur Pink Panthers for a position in the top 6. Deepak Niwas Hooda was the star performer in the game but his heroics went in vain as the Panthers defense couldn’t help the team to enforce an all-out on the Yoddhas raiders. On the other hand it was yet another super-10 for the star Delhi Raider as he score 12 raid points amd was very well complemented by his support raider in Vijay who has replaced the injured Chandran Ranjith as Vijay scored in both offense and defense. 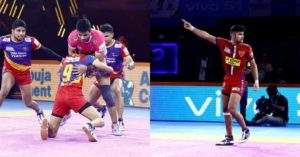 Deepak Niwas Hooda was the star of the game but two all-outs against the Pink Panthers went against them as the UP Yoddhas overtook them to place themselves at No.5. Performances by the raiding trio of UP Yoddhas helped them to collect 23 raid points as Surender Gill, Rishank Devadiga and Srikanth Jadhav took the majority of the raiding points.

A game which was dominated by the Telugu Titans courtesy a good start by Siddharth Desai and the Iranian recruits helped them get the early lead, but a good comeback show by star raider Naveen Kumar and defenders Anil Kumar and Ravinder Paha helped the table toppers defeat the low-lying Telugu Titans in a close game which eventually turned out to be a one-sided affair for the Dabang Delhi team.