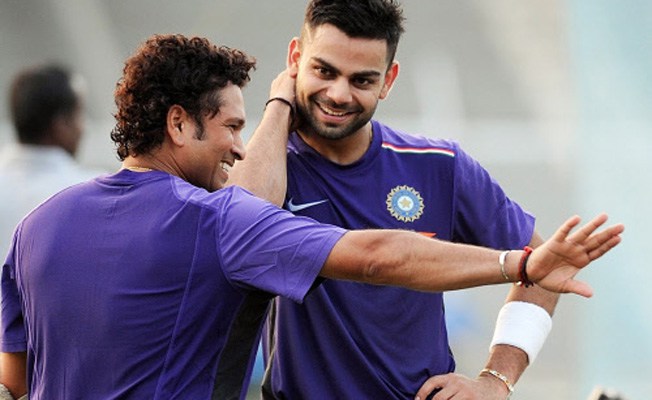 Indian captain Virat Kohli, who has so far had a stellar time batting in Australia has yet another opportunity to add a feather to his illustrious cap when the two teams go head to head from December 6th. 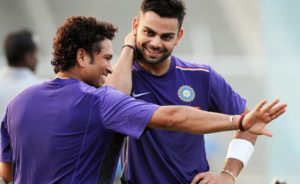 Kohli, who has amassed 5 centuries while playing Down Under is now just 2 centuries short of beating Sachin’s record of 6 centuries, which is currently the record for most centuries vs Australia in their own backyard.

Tendulkar has scored 1089 runs in 20 tests vs Australia at an average of 53.20. Run Machine Virat Kohli isn’t too far behind having scored 992 runs in just 8 tests at a scintillating average of 62.00.

Kohli is now currently tied with Gavaskar in the second spot with both having scored 5 centuries each. Laxman is the next in the list with 4 by his name.

If Kohli is to continue the form he showcased in the previous tour, the record which is currently at stake should be broken within a matter of innings.

Most Test Centuries by an Indian vs Australia in Australia: