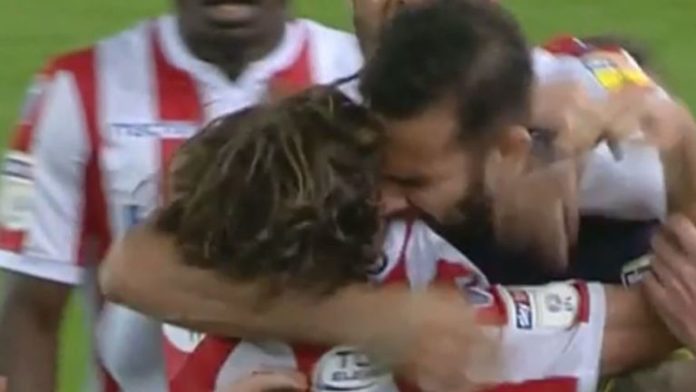 At the heart of, what can be called a controversial ‘biting’ incident, is Derby’s Bradley Johnson who is alleged to have bit Stoke’s Joe Allen in the two clubs’s clash in Sky Bet Championship on Wednesday night at the bet365 Stadium. 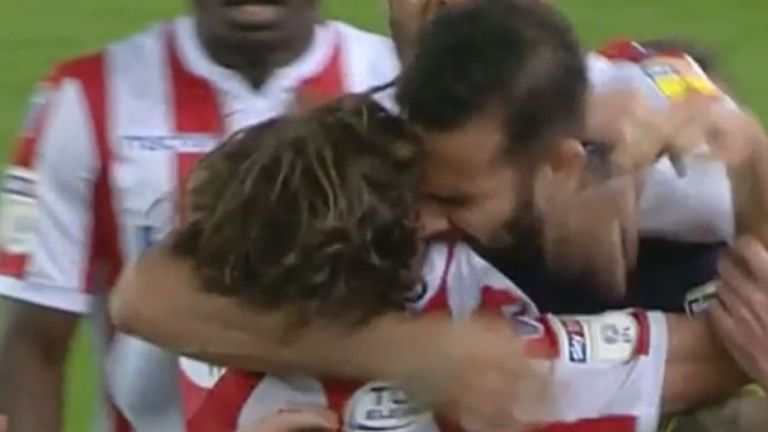 Why it is still a controversy is that, despite TV pictures showing Johnson biting Allen, Stoke boss Gary Rowett insisted at full-time that it was part of the melee and that they would not make any formal complaints. The duo came together in the 33rd minute after Stoke’s Peter Etebo was sent off and that’s where the commotion seems to have taken place.

“Someone said originally that Bradley had bit Joe, but I think Joe said it wasn’t too bad. Certainly we’re not going to have any complaints,” Rowett said. “I spoke to the referee, saying it’s not a problem and we don’t want anything further to be looked at. To me, it was just part of a melee.

“Bradley is a great lad and a good professional and I’m pretty sure it wouldn’t have been. Joe said it wasn’t anything too serious. We won’t be making any complaints.”

However, coming under the radar for something like biting certainly spells trouble and if any action has to be taken it will be taken by the FA.