MS Dhoni-led Chennai Super Kings is one of the most successful franchises in the history of the Indian Premier League (IPL). they have won the title three times and reached the final several times as well. Even they are the only team to have qualified for the playoffs in every edition of the IPL that they have been featured so far.

However, they didn’t have a flying start this year as they have won just three out of eight matches and placed at the sixth position of the points table. While their qualification for the playoffs is under threat, captain MS Dhoni and his team had to bear the brunt as well. Meanwhile, a fan of Dhoni, as well as CSK, has done a unique gesture and to lift the mood of the players. 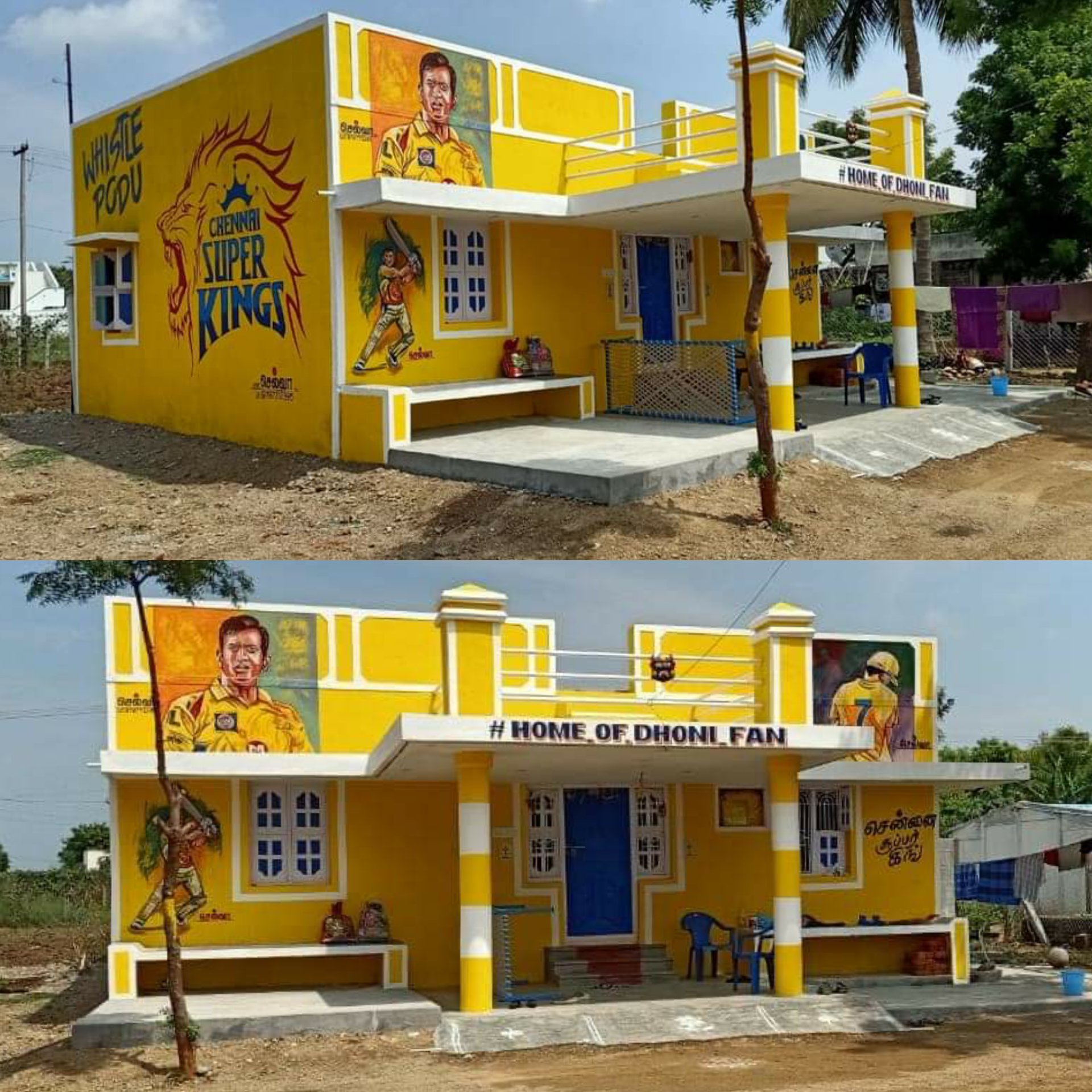 “Super Fan Gopi Krishnan and his family in Arangur, Tamil Nadu call their residence Home of Dhoni Fan and rightly so. A super-duper tribute that fills our hearts with #yellove. #WhistlePodu #WhistleFromHome,” CSK shared on Twitter along with the pictures.

Super Fan Gopi Krishnan and his family in Arangur, Tamil Nadu call their residence Home of Dhoni Fan and rightly so. 🦁💛

“I am disappointed that I can’t see Dhoni playing live, and also how many people are criticising Dhoni for not playing well. I want to motivate him and win or lose we will always support him,” Gopi Krishnan told India Today.

However, their last game against David Warner led Sunrisers Hyderabad at the Dubai International Cricket Stadium went in their name where they registered a 20-run win. While Sam Curran scored a quickfire 31, both Watson and Ambati Rayudu scored in the 40s and a late onslaught from Ravindra Jadeja helped them to put up 167 in 20 overs.

Later on, Karn Sharma and Dwayne Bravo claimed 2 scalps each and economical spells from others sealed the deal for them.

Watch: Rashid Khan gets out twice off a single ball against CSK