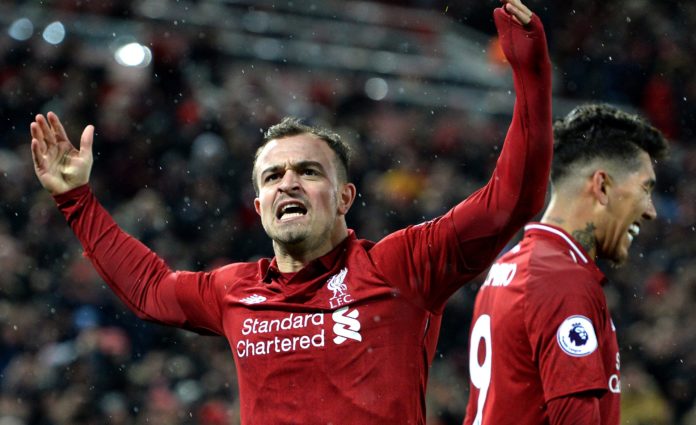 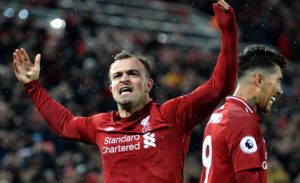 Sadio Mane broke the deadlock in the 24th minute for the home side but that lead didn’t last long as an absolute howler by Alisson Becker in the Liverpool goal presented a marvellous opportunity for United who equalised through Jesse Lingard in the 33rd minute.

The score remained static for quite a long time despite the Reds’ absolute dominance in midfield and attack thanks to some very impressive defending and goalkeeping by the United back four and David De Gea respectively. But that all changed when Jurgen Klopp Xherdan Shaqiri to try and win the game.

The Swiss almost had immediate impact as he was not to be denied. In the 73rd minute, a deflected shot flew past the United number one, handing Liverpool a precious lead. Shaqiri doubled his money seven minutes later to score his second and his team’s third, securing the three points, and the top spot in the table for the Reds.

With 65% possession and a baffling 36 shots against a mere 6 by United, Liverpool were by far the better side in the contest. Stats and results like this show that Jose might have lost his dressing room. Some of his decisions about the team selection were questionable including the benching of Paul Pogba, Juan Mata and Anthony Martial.