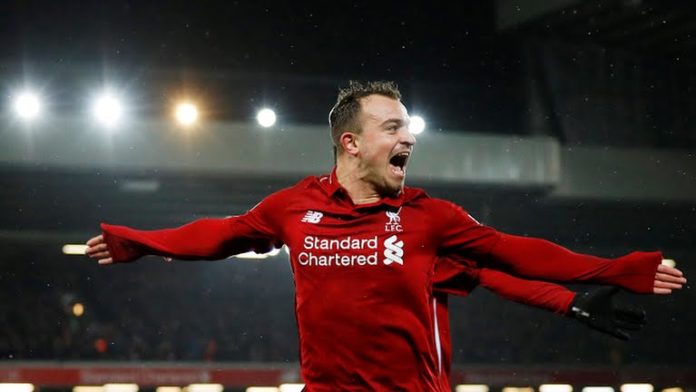 The Swiss superstar revealed that his friends labelled him as the man who got rid of Jose Mourinho, following his superb victory against Manchester United at home turf.

The 27-year-old came on as a second-half substitute for Jurgen Klopp’s side at Anfield last Sunday and transformed the scoreline to give Liverpool a 3-1 victory over their arch-nemesis.

Jose Mourinho was subsequently sacked as United’s manager on Tuesday, and Shaqiri’s phone has since been buzzing with messages joking about the repercussions of his goals.

“I had a lot of messages from my friends when it happened,” Shaqiri said in an interview with The Guardian.

“There were a lot of good messages about the United game at first and then when the news came out about Mourinho, I had messages saying: ‘That’s your fault!’ But this is football sometimes.

“I don’t think it was just because we won that game that United wanted to change their manager.

“There were other reasons but it means the game goes down in history. It will always be in my history too.”