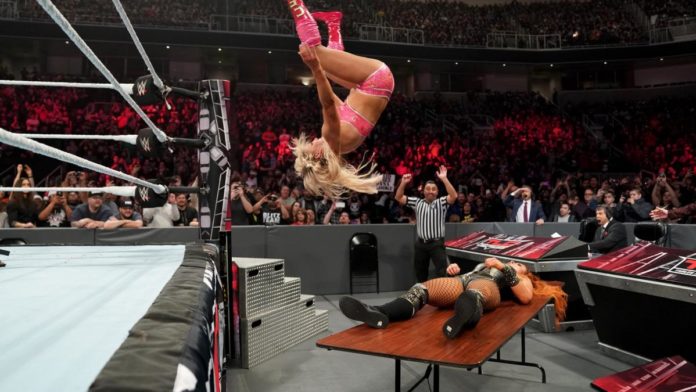 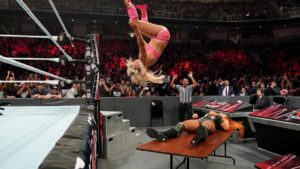 This year’s Tables, Ladders and Chairs PPV will be duly remembered for the incredible main event TLC match for the SmackDown Women’s Championship. In a riveting and high-risk encounter, Asuka ultimately remained as the last women standing as she climbed to the top of the ladder and clinched her maiden Women’s title in WWE.

On the other hand, Dean Ambrose overcame his former Shield Brother Seth Rollins to secure his third Intercontinental title reign.

Meanwhile, another impressive title defence by Ronda Rousey against Nia Jax attracted a lot of praise and appreciation from the WWE Universe while Baron Corbin’s defeat to Braun Strowman led to him losing his authority as RAW General Manager.

Consequently, Strowman’s victory also earned him another opportunity to face Brock Lesnar for the Universal Championship next month at Royal Rumble.

On that note, here is a look at the best tweets:

For her, it was never about a streak or a number, it was about proving she was the best of every division she was ever a part of. Tonight, after a brutal #WWETLC match, the Empress of Tomorrow is the Champion of Today. Congratulations @WWEAsuka. #WeAreNXT pic.twitter.com/flIgmYMjEg

Congratulations to the ladies of smackdown. Tearing the house down and @WWEAsuka becoming the NEW smackdown women’s champion!! 🔥🔥 @WWE

Drew kneeling before the match,
He was flat on his back after it! pic.twitter.com/6aW9GApq7K

THE MAN COMETH , THE MAN BREAKETH.

Not since @RealKurtAngle has someone taken to this so quickly like @RondaRousey has. Less than a year in, delivering performances like that. Incredible. #WWETLC

This match way over delivered for me. I’ll admit when I’m wrong, keeping Nattie a babyface right now is probably the best call. I hope she can keep this going and find another heel on #Raw that’s not scared to push her. Great work by both women. #WWETLC pic.twitter.com/7mGX6uHWRf

Ruby Riott loses with a powerbomb through a table.

…and to think I beat you without lifting an arm. Next stop is #RoyalRumble … @BrockLesnar is gonna get these hands!!! #WWETLC #MonsterAmongSlings

Regardless of push, promotion or promise, I’ve never seen @AliciaFoxy give anything less than 110%.

Women's wrestling is the best it's ever been, and it's only going to get better.
After that #WWETLC, I fully expect the women to MAIN EVENT #WRESTLEMANIA! @wwe #blockthehate

Charlotte, Becky, Asuka & Rousey as over as hell now.

Great times for the division.

Everyone in that match went so damn hard.

#RAW Superstars, referees, and even a @WWE Hall of Famer have A LOT of aggression to take out on @BaronCorbinWWE tonight! @BraunStrowman #WWETLC pic.twitter.com/inqjIs8iid

What a great tag team championship match at @WWE TLC. These guys are awesome.

Ambrose vs. Rollins was not boring as the crowd inexplicably chanted — a very poor look on the San Jose crowd. The #ICTitle match was a solid effort and there's more to come. Get used to it, San Jose. #WWETLC #WWE #RAW