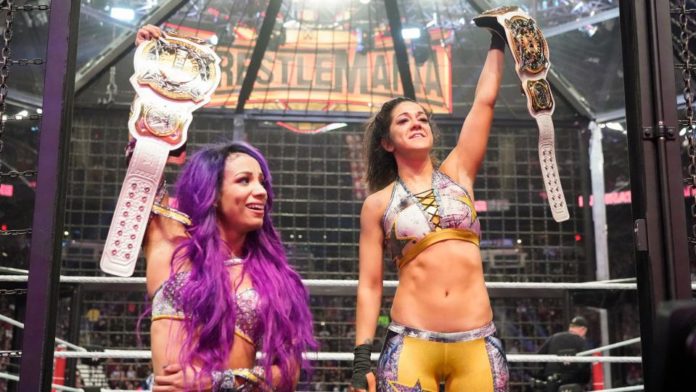 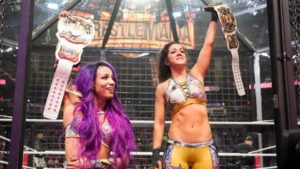 WWE’s annual PPV Elimination Chamber proved to be a huge success on the road to WrestleMania 35. A total of three new Champions were crowned in Houston, Texas as Sasha Banks and Bayley headlined the event by becoming the first ever Women’s Tag Team Champions.

In another tag team battle, The Usos defeated Shane McMahon & The Miz to become a record six-time tag champs while Finn Balor defied the odds and beat Bobby Lashley and Lio Rush in a handicap match to capture his maiden Intercontinental Championship.

However, Kofi Kingston was the Star on the night as he stole the show with another riveting performance and came within inches of winning the WWE Championship.

On that note, here’s a look at the best tweets from Elimination Chamber:

Regardless of the outcome, we need Kofi versus Daniel at #WrestleMania!

Lacey Evans seeing the state of Braun Strowman's booking and having none of that #WWEChamber pic.twitter.com/rj4MdrcTVZ

Bow down to that beating, you thieving bitch. pic.twitter.com/tNnNHIGbhc

Tonight was not the night. But I guarantee you that @truekofi will become Champion. He deserves it more than anyone in the locker room and we will do everything in our power to make that dream a reality. We love you Kof.

Win or lose @TrueKofi is a true inspiration

Kofi, sorry we broke your ankle that one time. You did great tonight.

Kofi gives us all hope. #EliminationChamber

I said "daaaaaaamn!!!!"
My son said "I came in like a wrecking ball!!!"
…. 🤣😂🤣 #WWEChamber #EliminationChamber pic.twitter.com/GdyOgZrLSj

Congratulations @itsBayleyWWE & @SashaBanksWWE, the 1st ever @WWE #WomensTagTeamChampions! And to every woman who competed in that match – your heart & souls are still out there! You all made this movement & moment happen! #WomensEvolution #YouDeserveIt! #BossNHugConnection pic.twitter.com/FwHjC3u3yg

Seeing Kofi in the closing shot of the PPV fills me with hope that his journey to a world title is only just beginning. Wonderful match, wonderful moment. Let's go Kofi. #WWEChamber pic.twitter.com/BgeACjmnxf

sometimes you have to remind everyone just how damn good you are. taken for granted for years, earned his shot in the main event & crushed it! congrats, brother
ps: next time he takes it#Kofi

The thing I hate about that Ruby Riott/Ronda match – most of the build was based around how Ruby was being overlooked.

So when the match ends inside 2 minutes with Ruby getting zero offense – confirming everything Michael Cole was saying.

Hello world! We are #205live! Notice us now! 😎#EliminationChamber

I have no words. Tonight was special @itsBayleyWWE and @SashaBanksWWE are GREAT but @WWE_MandyRose and I aren’t finished here. See you soon Champs