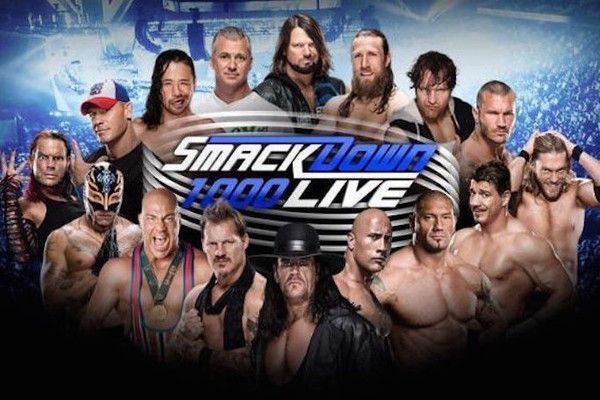 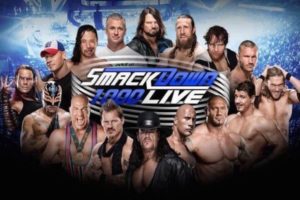 We are less than 12 hours away from the 1000th episode of SmackDown. The show will commence from the Capital One Arena in Washington DC and the lineup already looks stacked as legendary superstars have confirmed their return for this Tuesday Evening.

Headlining the event are icons such as The Undertaker, Rey Mysterio, Triple H, Ric Flair and Batista. Evolution reunites for the first time in four years with Batista making his much-anticipated comeback to WWE for one night only.

Moreover, we are also in store for surprises. Last week, WWE teased the fans with a social media post that could have been linked with a possible return of the most electrifying superstar in sports entertainment, The Rock.

The Brahma Bull last appeared on WWE Television at Wrestlemania 32 in April 2016, where he famously defeated then Wyatt Family member, Erick Rowan in six seconds and set forth a new Wrestlemania record. The Rock is currently tied up with Hollywood commitments in London but if he sets foot tomorrow night, it will certainly blow the roof off its place.

Meanwhile, Rey Mysterio returns to WWE on a full-time basis this week but his first challenge will be to overcome the reigning United States Champion, Shinsuke Nakamura in a WWE World Cup qualifying match.

Similarly, cornerstones of the SmackDown brand over the last decade such as Edge, Kane, Mark Henry, Booker T, Big Show and many more are also set to attend this momentous occasion and make it a night to remember!!!