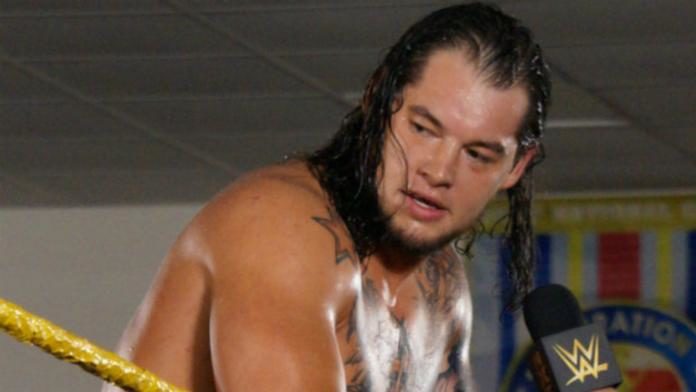 WWE Superstar Baron Corbin exhibited a tremendous amount of upper body strength by bench pressing 405 pounds twice at the Hard Nocks South Gym in Tampa today. The fans seemed to be highly impressed with the Lone Wolf’s vigor and fitness and ridiculed their earlier impression about him. In case you don’t know, WWE fans used to mock at his physicality earlier as he doesn’t wrestle without a shirt.

It’s not easy to bench press 405 pounds, but the former United States Champion did it twice without any interruption. The new Constable of Raw posted a video of the same through his official Twitter account.

Hitting 405×2 to close out bench for the day. @WWE pic.twitter.com/YIKMGwJGKE

This is not the first time that Baron Corbin proved the fans wrong by posting workout videos. In June 2017, he had pushed 457 pounds on the bench press, and they were astonished seeing it too!

457lbs gets @BaronCorbinWWE into the gym top ten for bench press. First new name in quite some time to make the board. pic.twitter.com/pOBLUyWKiX

A lot of fans detest his on-screen character as he abuses his position of being the Constable of Raw. He had granted himself the Universal Championship opportunity at the expense of other deserving wrestlers but still failed to win it. However, you have to applaud his will-power and determination. When he had played as an offensive lineman in his college days, he surpassed 315 pounds. Since then, he has worked hard diligently to keep his body in wrestling shape, and the fact that he successfully bench-pressed 405 pounds twice is a testament to it.