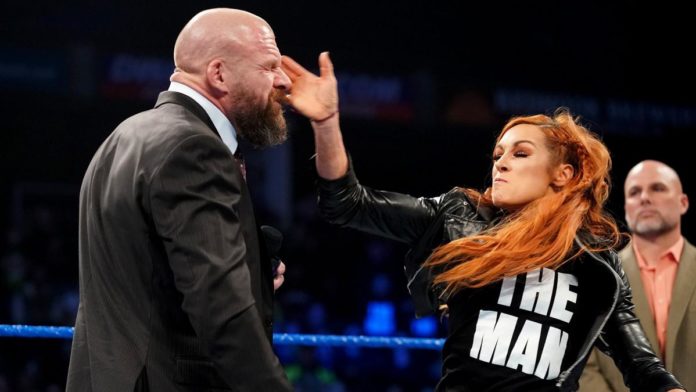 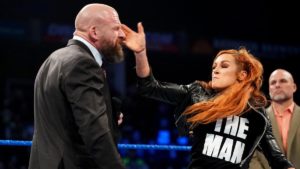 Charlotte Flair kicked off SmackDown LIVE last night and stated that she was 100% healthy, ready to fill in for Becky Lynch at WrestleMania.

Despite being suspended, The Man showed up before Triple H intervened and got things under control, ordering Charlotte to go back to the locker room and advised Becky to see the doctor if she wanted her suspension lifted.

Former United States Champions Rusev and Shinsuke Nakamura were able to put aside their differences and worked cohesively against Luke Gallows and Karl Anderson.

Gallows and Anderson nearly had the match wrapped up as they looked to land the Magic Killer on Rusev but Nakamura’s timely intervention caused a break, allowing Rusev some much-needed breathing space to recuperate, and eventually deliver the Matchka kick for the win.

In a first-time matchup between these two superstars, Randy Orton was the aggressor right from the get-go. Mustafa Ali although, found some momentum in the latter stages and came close to causing a huge upset as he looked to put away the Viper with his signature, the 054 splash.

However, Orton caught Ali’s foot at the top turnbuckle, to fling a vicious RKO out of nowhere for the three count.

The New Daniel Bryan received a warm welcome from the WWE Universe in his home state of Washington, as the WWE Champion addressed that he faced an uphill battle against the people who aren’t environmentally friendly.

Bryan stated that he was also the Planet’s Champion along with being the WWE Champion and insisted that his title defence in the Elimination Chamber in two weeks was extremely unfair.

Naomi & Carmella vs Sonya Deville & Mandy Rose vs The IIconics

Naomi was on a roll as soon as she was tagged in by Carmella. The former SmackDown Women’s Champion got a piece of everyone and lastly, she was able to lay hands on her arch-rival, Mandy Rose.

Peyton Royce’s interruption momentarily distracted Naomi, although she did land the rear view and cleared house. But, an opportunistic Rose made her way back and capitalized on the situation, to deliver her finisher on Naomi for the pinfall.

In an evenly contested match, Jeff Hardy was inches from sealing a win against the WWE Champion as he struck the Twist of Fate and Swanton Bomb in succession but Rowan’s interference caused the match to end in DQ as he attacked the Charismatic Enigma and rolled him back inside the ring for Daniel Bryan to lock in his submission hold.