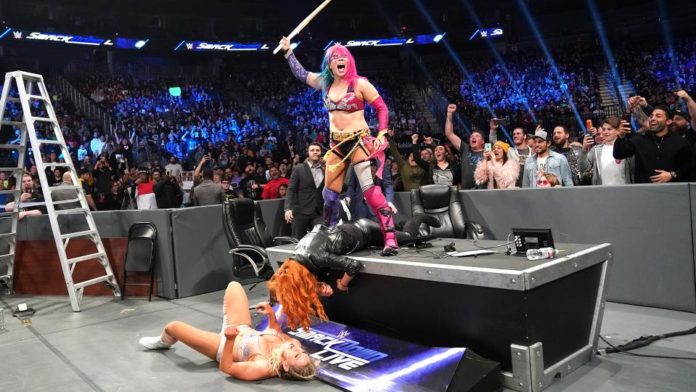 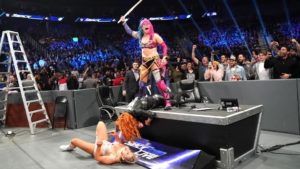 The New Daniel Bryan opened this week’s episode of SmackDown LIVE and apologized to the WWE Universe for calling them sheep. However, Bryan’s apology was far from genuine as he compared the fans to parasites before he was confronted by the Cruiserweight Division’s Mustafa Ali.

The WWE Champion unsurprisingly took command in the initial stages of the bout until the Heart and Soul of 205 LIVE, Mustafa Ali found his groove and replied with some high flying offence against Daniel Bryan.

Bryan was certainly left stunned and Ali nearly came within inches of a shocking victory but failed at his attempt to hit the inverted 450 splash. This gave Daniel the opening to launch himself back into the match as he slammed his opponent’s legs into the steel post and eventually picked up the win via submission through the Heel Hook.

Shane McMahon & The Miz vs The Vegas Boys

In a match arranged by The Miz, Shane McMahon was attacked by the Vegas Boys from behind as soon as the bell rang. Although, the SD LIVE Commission didn’t take long to bounce back as he single-handedly cleared the ring and won the match all by himself as he locked in the triangle choke for the submission victory.

The Usos vs The Bar – Rap Battle

Despite there being no official announcement from the judges, The New Day, it was pretty evident that The Usos were the clear-cut winners of the Rap Battle before a brawl broke out but The Bar, Sheamus and Cesaro, ultimately stood tall over their challengers and celebrated with the SmackDown LIVE Tag Team titles.

Randy Orton as always seemed to be very proud after the beating he has given Rey Mysterio over the past couple of weeks and was surprised that his counterpart was willing to step in for a Chairs match this Sunday at TLC.

However, Mysterio had an answer for the Viper as he appeared out of nowhere and attacked him with a steel chair from behind and followed it up with a 619 forcing Orton to retreat outside of the ring.

The Charismatic Enigma was basically bullied by Samoa Joe and Nakamura as they cut the ring in half until a Whisper in the Wind from Hardy gave him the opening to tag Rusev. The Bulgarian Brute unloaded on the United States Champion but his pinfall attempt was broken up by Joe.

However, the Samoan Submission Machine was at the receiving end of a Twist of Fate from Hardy while Nakamura’s Kinshasa was turned into a superkick by Rusev for the three count.

In a gruelling main event match, Charlotte Flair and Asuka gave the WWE Universe a little preview of the triple threat Tables, Ladders and Chairs match this Sunday for the SmackDown Women’s Championship.

The Man Becky Lynch was present ringside to watch her challengers tear each other apart as Charlotte delivered a sit-up powerbomb and locked in the figure four leg lock. Asuka was able to counter the submission manoeuvre but later found herself a victim of a wicked spear in the middle of the ring.

The Queen was unable to hit the moonsault as the Empress locked her up in the Asuka lock. The action rolled outside and Charlotte grabbed a kendo stick as a barrage of attacks on her opponent caused the match to end in disqualification.

All three superstars had an equal usage of the kendo stick but it was Asuka who eventually remained the last woman standing ahead of the TLC pay-per-view.