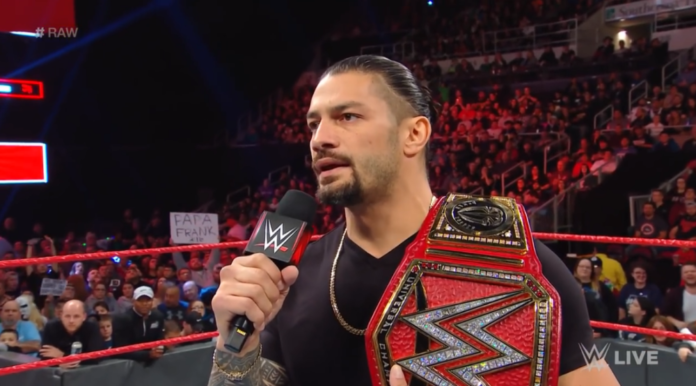 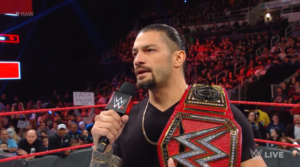 This past week on Monday Night RAW, former Universal Champion Roman Reigns’ unexpected revelation that he had leukaemia left both the locker room and WWE Universe stunned.

The Big Dog proclaimed that for 11 years he had been battling cancer but it had once again returned in his life and he would be unable to serve his duties as the main titleholder on RAW anymore as he relinquished his championship.

The RAW Superstars were unaware of Roman’s condition until he dropped the news about leukaemia in his promo. According to Dave Meltzer, only Vince McMahon, Triple H and a couple of others in management knew the content of the message that was going to be delivered in the ring.

Prior to the start of RAW, Dean Ambrose and Intercontinental Champion Seth Rollins were informed that Reigns was going to surrender his title but the reason wasn’t specified to them. Similarly, later during the night, it was announced that Braun Strowman and Brock Lesnar will clash for the vacant Universal Championship next Friday at WWE Crown Jewel in Riyadh, Saudi Arabia.

Meltzer also reports that Reigns had found about his diagnosis on Thursday, October 18. Meanwhile, WWE Superstars, sports teams, players, athletes, celebrities and fans from all over the world immediately sent out their prayers, well wishes and support to Roman and his family after receiving the disturbing news on Monday.