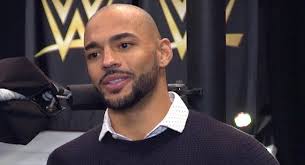 WWE NXT star Ricochet did an interview with WPSD 6 Local News, where he talked about a variety of professional wrestling topics. Among them, he revealed what his reaction was when he came to know that he was signed by the WWE.

Ricochet said  that he never thought that he would be signed in the WWE, and didn’t believe the fact that he had a contract until he got to the post office to send it off.

“It didn’t really hit me until I was at the post office with the contract getting ready to mail it back. I was like, oh man when I send this off, that is it.”

In the interview, Ricochet also talked about how he left his high school football team for wrestling, how he insists on getting billed from his hometown Paducah, and more. You can check out the entire interview here on the WPSD website.