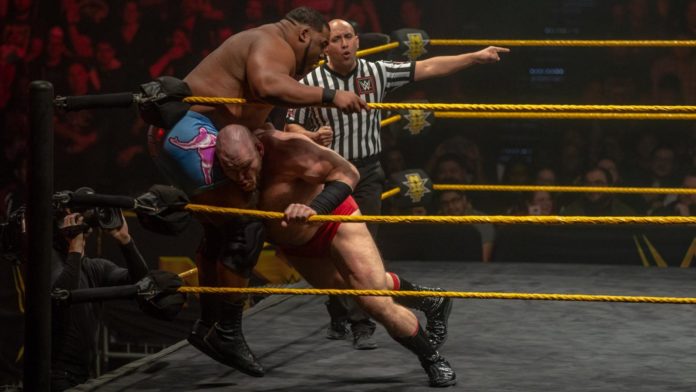 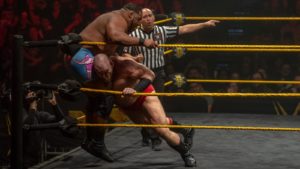 This week’s episode of NXT was nothing short of action and entertainment. Fresh off his successful title defence at WarGames, NXT Champion Tommaso Ciampa basked in the glory and commanded the NXT Universe to follow his lead when he returns.

The team of Shane Thorne and Nick Miller utilized several double team manoeuvres to gain an upper hand in the early stages of the bout. Despite The Mighty’s stranglehold on the match, one mistake was all it took as Oney Lorcan and Danny Burch evaded a possible collison and got back straight into the game when Burch delivered a spear to Thorne while Lorcan rolled up Miller for the win.

EC3 returned to action for the first time in over a month after being attacked by a steel chair by Bobby Fish last month. The Top One Percent of NXT was caught off guarded by Marcel Barthel’s relentless series of attacks but didn’t allow his opponent to keep the advantage for the rest of the match.

EC3 sent Barthel crashing into the middle turnbuckel, scooped up the German superstar and delivered his signature The One Percent for the three count.

Vanessa Borne was firing all cylinders and close to securing a huge win against NXT’s newest recruit. Mia Yim, however, started picking pace and snatched the momentum towards her side as a series of resounding kicks sent Borne packing for Yim to pick up the win.

Lars Sullivan showed his dominance right off the gates and barely allowed any breathing room for Keith Lee. NXT’s latest acquisition was left stunned but wasn’t going to let The Rocky Mountain Monster bully him in the ring as he bounced back with the resounding support of the NXT Universe.

Sullivan was in shock as Lee’s resiliance almost brought him the biggest win of his short NXT career. However, Keith Lee’s attempt of putting away his counterpart with the flying moonsault was intercepted as Sullivan converted it into the Freak Accident to secure yet another devastating victory.