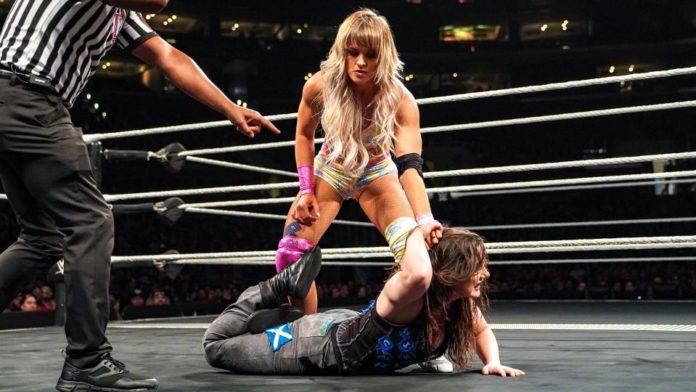 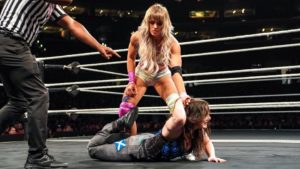 NXT’s first episode post Survivor Series proved to be very dominant and confrontational. The proceedings from WarGames carried over and the NXT Universe were thrilled with some intense in-ring competition in Los Angeles.

So without further ado, let’s dive straight into the action:

Fidel Bravo’s brave decision to shove Keith Lee in the face early on ultimately cost him. NXT’s newest recruit was all riled up and gave Bravo a beating of a lifetime as Lee put his massive size advantage in use to secure an easy win.

Lars Sullivan barely needed a minute to put his opponent out of misery. A couple of hard-hitting blows was capped off with the Freak Accident and the Rocky Mountain Monster clinched another devastating win en-route to a future NXT Championship opportunity.

However, Sullivan wasn’t finished and continued his onslaught on Keita Murray after the match before being interrupted by Keith Lee.

The two Giants crossed paths for the first time in NXT when Lee came to the rescue of Murray and the Limitless One immediately pounced on Sullivan, sending him out of the ring with a flying shoulder tackle.

Just like Johnny Gargano, there has been an odd transformation inside Candice LeRae recently. She started on an aggressive note against Nikki Cross and grabbed the upper hand in the early stages of the match.

Cross rallied herself back until LeRae locked her husband’s submission hold Gargano Escape but her opponent forced a rope break. NXT’s twisted sister took advantage of Candice’s frustration and hurled a spinning neckbreaker for the three count.