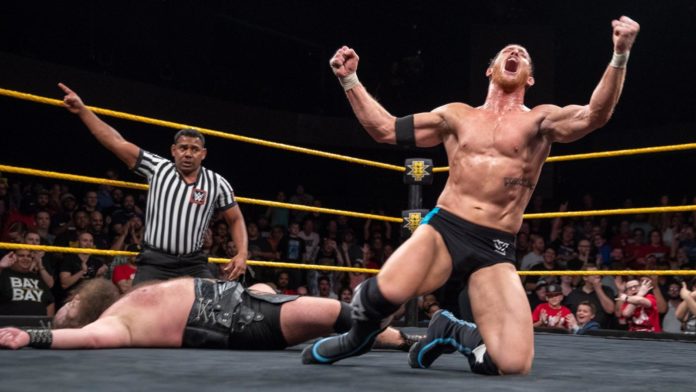 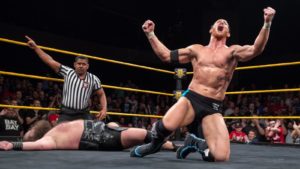 The final episode of NXT prior to WarGames turned out to be a decisive one. Not only did the NXT Universe get a little preview of what to expect this Saturday they were also thrilled with some riveting in-ring competition. So without further ado lets jump ahead to the action:

Bianca Belair was high on confidence prior to her matchup against NXT newcomer Mia Yim. The EST of NXT started strong off the gates and had a couple of near falls early on but instead let Yim take advantage of her frustration.

Known as the Baddie, Mia got back into the game with a flurry of dropkicks and was moments away from handing The EST of NXT her first loss.

However, Belair made all her experience count and put away Mia Yim with a torture rack into a facebuster for the pinfall victory to remain undefeated in NXT.

Lacey Evans made short work of rookie Karissa Rivera. Despite Rivera surprising The Lady of NXT with a dropkick midway through, it had little impact as Evans became furious and caused even more havoc on her opponent to maintain her impressive win streak in NXT.

Classless Nasties?? At least that's @LaceyEvansWWE's opinion of the women of #WWENXT… pic.twitter.com/O4uNzCF8ZX

Both these superstars squared off in singles competition with their partners barred from ringside. However, that didn’t last for long as the Undisputed Era intervened to help out Kyle O’Reilly which in turn caused Rowe, Ricochet and Pete Dunne to also make their way down to the ring.

With all the mayhem ringside, O’Reilly took advantage off the referee’s distraction and attacked Hanson with the NXT Tag Team Championship for the three count to hand his team the much-required momentum heading into their WarGames match this Saturday.