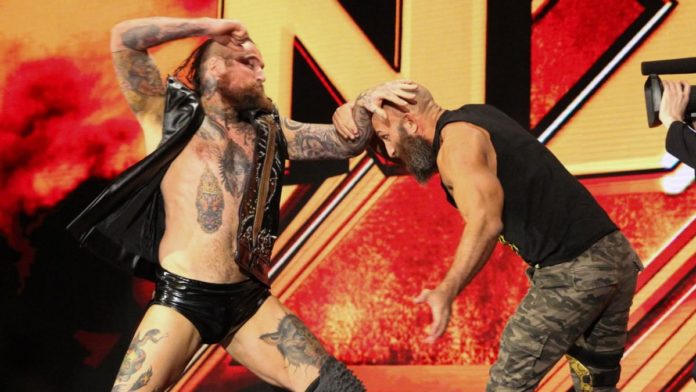 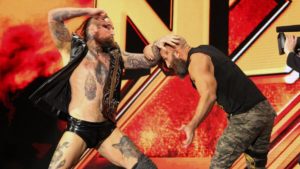 Johnny Gargano kicked off last night’s NXT episode fresh off his win against Aleister Black last month. The former NXT Tag Team Champion stated that his alliance with Tommaso Ciampa in the Steel Cage match was a one-time thing and would never happen again.

Following his remarks, Gargano then called out the NXT North American Champion, Ricochet. As the two confronted each other, NXT Champion Tommaso Ciampa was the next to interrupt until Aleister Black emerged and a melee broke between the two superstars.

While Ricochet’s attention diverted to the brawl, Gargano dished out a superkick out of nowhere on his rival.

Bianca Belair started the New Year just like she ended 2018, Undefeated. The EST of NXT faced one of her more tougher singles matches, in Nikki Cross, as she endured brutal attacks and frustrated Belair by kicking out of several finishing manoeuvres.

NXT’s twisted sister took flight but missed with a crossbody, to give Belair the opening to deliver the K.O.D. for the three count.

The newly formed team of Fabian Aichner and Marcel Barthel immediately announced their arrival to the NXT tag team division. Although the German duo did not cruise to a win on their debut, they dominated large portions of the match and ended the bout with a vicious double team onslaught on Hector Kunsman for the pinfall victory.

Prepare to be mesmerized by this onslaught of offense by @Marcel_B_WWE and @FabianAichner! #WWENXT pic.twitter.com/H8wWNWL4DJ

EC3 was basically in a 1-on-4 handicap match against Adam Cole however, he was able to avoid interference from the Undisputed Era and take control.

But, the numbers game eventually took a toll during the latter stages on the Top One Percent of NXT as Cole capitalized on the chaos caused ringside and blindsided his counterpart with a ringing Superkick and capped it off with his finisher, the Last Shot for the three count.

But, the Undisputed Era wasn’t finished as they laid out a brutal post-match assault on the wounded EC3 until the War Raiders came out to even the numbers and cleared house shortly ahead of their encounter against Kyle O’Reilly and Roderick Strong for the NXT Tag Team Championships at TakeOver:Phoenix