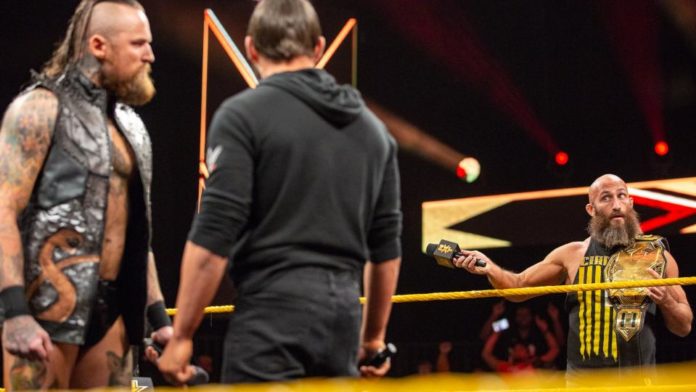 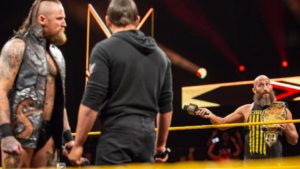 Prior to last night’s episode of NXT, GM William Regal revealed Bianca Belair as the first superstar to enter the fatal 4-way No.1 Contender’s match for the NXT Women’s Championship to be held on December 26.

In 3 weeks, there will be a #Fatal4Way match for the #1 Contender featuring four deserving women. The first competitor who qualifies for this match is, @BiancaBelairWWE…

Punishment Martinez got off to a flying start on his NXT TV debut. Matt Riddle was left stunned early on by the high paced offence from the newcomer but stayed calm and collected as he bounced back immediately and was in charge for the rest of the match.

The King of Bros secured the win via submission but his post-match celebration was cut short by Kassius Ohno, as the Knockout Artist’s sneak attack left Riddle laid out on the floor.

In an evenly contested bout, Dakota Kai displayed that she can stand toe to toe with the NXT Women’s Champion. Shayna Baszler’s devasting moves lit up the Captain of Team Kick as she bounced back and retaliated every attack with an equally good counter.

Kai seemed to be closing in on a huge win until the Queen of Spades smartly shoved her counterpart and locked in the Kirifuda Clutch to force a tap out from the Kiwi Superstar.

The newly formed team of Raul Mendoza and Humberto Carrillo sniffed an unlikely victory in the initial stages of the encounter, however, their double team offence didn’t have any sustainability in the long run.

Wesley Blake and Steve Cutler utilized the power game to cut down the intensity and ensured that their opponents didn’t stand a chance for their valiant efforts. A stomp on Carrillo was followed up by a deadly Scorpion Death Drop to seal the win for the undefeated Forgotten Sons.

Tommaso Ciampa made his first appearance on NXT post WarGames although, he wasn’t able to bask long enough in glory as Aleister Black charged down the ring and insinuated that he planned to invoke his rematch clause at TakeOver Phoenix.

Black’s statement didn’t seem to sit well with Johnny Gargano as he notified his enemy that their rivalry isn’t done. Ciampa instead took advantage of the situation and suggested that his potential future challengers should settle their differences inside a steel cage.

Following the approval from both superstars, Gargano retreated out of the ring but the NXT Champion was left a victim of the roaring Black Mass from the Dutch Destroyer.