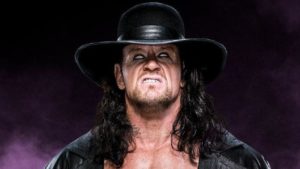 Only four days separate us from the final showdown between The Undertaker and Triple H in Melbourne, Australia. Both these WWE Icons will lock horns for one last time in the squared circle on Saturday, October 6, and draw the curtains on their tumultuous rivalry.

Last night on Monday Night RAW, The Phenom, and his brother, Kane, laid out Triple H and Shawn Michaels in the middle of the ring with two vicious Chokeslams.

However, The Undertaker wasn’t finished as he returned to deliver a Tombstone Piledriver to The Game to send a powerful and resounding statement to his opponent ahead of their clash at WWE Super Show Down.

In the past, The Undertaker’s entrance alone has shaken multiple superstars prior to the start of the match. But, Triple H is one of those men who has no fear and knows the Undertaker very well and with his best friend, HBK in his corner, we are in store for one epic match.

On that note, here are the Undertaker’s 10 greatest entrances: