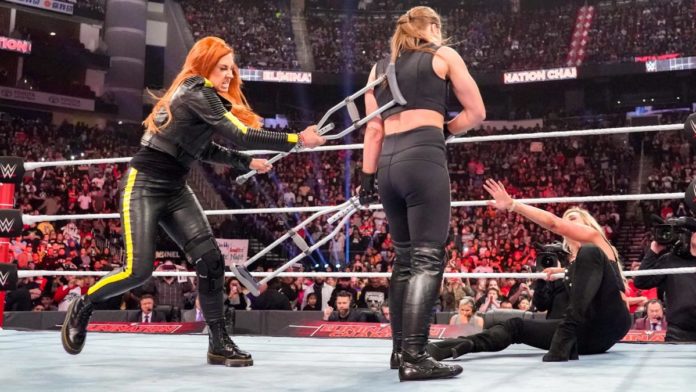 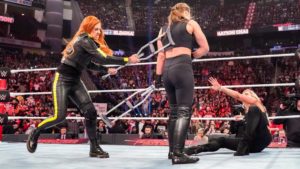 The penultimate stop, Elimination Chamber, on the road to WrestleMania 35 saw the crowning of three new Champions last night in Houston, Texas as the WWE Universe got their due share and witnessed some high octane action from start to finish.

The crowd favourite, Becky Lynch was also not far away from the proceedings as injuries and suspensions seem to have little impact on her. The Man made her way down to the ring with an injured knee and attacked both Charlotte Flair and Ronda Rousey.

So without further ado, here’s a look at all the results:

Baron Corbin defeated Braun Strowman in a No Disqualification Match