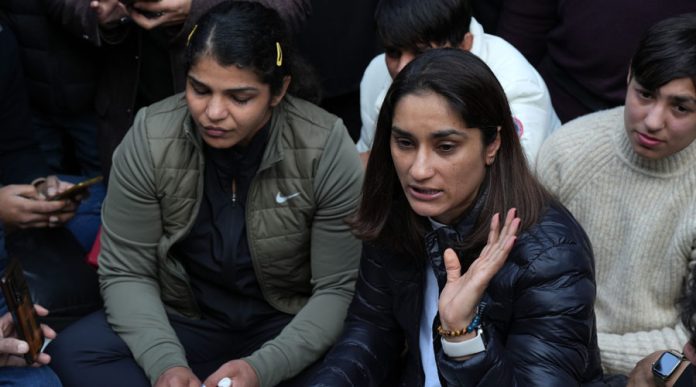 Leading wrestlers including Vinesh Phogat and Bajrang Punia tweeted that they were not consulted before the sports ministry formed an Oversight Committee to investigate claims of sexual misconduct against Wrestling Federation of India (WFI) officials and to manage the day-to-day operations of the body. The five-person Oversight Committee, led by boxing legend Mary Kom, will look into the sexual harassment claims made against WFI President Brij Bhushan Sharan Singh. For the upcoming month, the government-appointed committee will also oversee daily operations at WFI.

Anurag Thakur, the sports minister, announced the panel on Monday.

Following a three-day sit-in protest by some of the top wrestlers in the nation, including Vinesh Phogat, Bajrang Punia, Sakshi Malik, and Ravi Dahiya against the WFI and its head, Thakur made the decision to establish the committee on Saturday.

After a lengthy second round of negotiations with Thakur late on Friday night, a breakthrough was made, and the wrestlers decided to stop their protest.

“The WFI president will not discharge his duties and stay away from day-to-day affairs of WFI. The day-to-day working of WFI will be looked after by the Oversight Committee till their mandated duration and it will also probe the serious allegations against WFI and its chief,” Thakur said.

“The Oversight Committee will be under the chairmanship of world champion Mary Kom. Along with her, Yogeshwar Dutt, MOC member and Dronacharya awardee Trupti Murgunde, fomer TOPS CEO Rajagopalan and former ED Teams, SAI Radica Sreeman will be part of the committee.

“In the next one month, this committee will probe into the sexual allegations and other charges after talking to all parties and submit its report. Till then all the day-to-day decisions and workings of WFI will be taken care of by this committee,” he added. (H/T – NDTV Sports)